With the high level of fraud and money laundering today, countries are putting up control measures, and the United States is not left out. The American government recognizes the importance of the banking sector in this process since the money owned by such people is likely deposited in banks.

For this reason, the US government put up a law to curtail deposits. The law states that banks should report any deposit higher than $10,000 to the Internal Revenue Service for proper scrutiny. This means if you deposit more than $10,000, it’ll raise suspicion. So how much can you deposit without raising suspicion?

How Much Can you Deposit Without Raising Suspicion?

The Bank Secrecy Act, passed in 1970, outlines what deposits need to be reported to the Internal Revenue Service (IRS). While there are no set limits in some places like the UK, that is not the case in countries like the United States of America.

In America, if you deposit any amount lower than the $10 000 mark, there will be no cause for alarm or suspicion. However, when the amount is more than the $10,000 mark, it will raise suspicion.

If a deposit of $10,000 or more is made to your account, the bank or financial institution will report the deposit to the government flagging the transaction.

The bank will fill a form used to report any transaction in which the sum is $10 000 or more. Even if it is a series of two related cash deposits of $5 000, it will eventually also have to be reported to the Internal Revenue Service.

This means you can deposit less than $10 000 at your bank and will not raise any suspicion. Interestingly, if the deposit is exactly $10,000 at your bank, then the deposit will be reported. You can also report this transaction yourself if you are a business owner to make the process easy.

How much cash can you deposit before it raises suspicion?

You already know that money less than $10,000 will not raise suspicion, but you’re wondering how much money you can deposit in your account before it is flagged. Here’s all you should know;

You can check out the Bank Secrecy Act for guidelines on large cash transactions. This rule was made to stop money laundering and every other form of corrupt financial practice. According to the law, the bank, individual or financial institution receiving the money has to report within 15 days from when you deposit the cash.

The form that is used to make this report is easily accessible online. This law is not only regarding deposits; it also pertains to withdrawals. If you withdraw more than $10 000, your transaction will be reported to the Internal Revenue Service.

READ MORE: How Long Does it Take to Get Out of Debt?

What are the rules for Governing Money Deposits?

According to the procedures set by the Bank Secrecy Act, also known as the currency and Foreign Transactions Reporting Act for banks and financial institutions, anyone who deposits more than $10,000 cash in their bank accounts, the bank is expected to report such deposits to the government.

This rule was put in place to avoid money laundering by dubious individuals. The procedure demands that they are supposed to fill a form when a bank gets a deposit of the said amount. The form reports any transaction involving that amount of money, whether paid in full at once or in parts at different times.

The rule applies to American dollars and also foreign currencies worth $10 000 or more. The Bank Secrecy Act was passed in 1970 and updated in 2002 as part of the patriot act. This law was made to supervise the use of foreign currency in the United States of America.

It went further to include other goals in addition to the supervision of Cash deposits; the law also applies to companies that sell cashier’s checks, money orders, and traveler’s checks.

Small deposits totaling $10,000 can also raise suspicion apart from the whole sum of $10,000. Several deposits made at different times that sum up to $10,000 can also trigger a bank’s suspicion, causing the bank to report to the appropriate authorities.

Who are those expected to report? 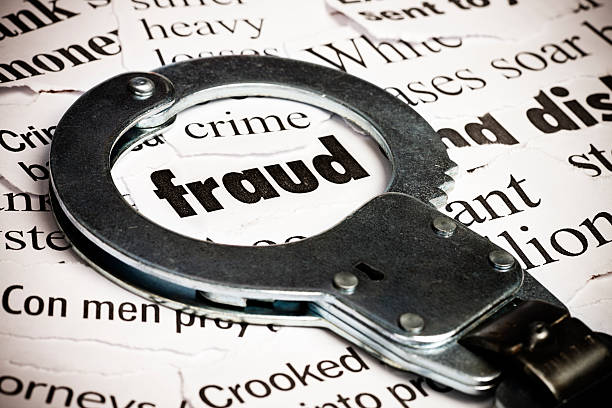 They will also have to report related payments from a client that equals $10,000 or even more. For example, if you offer a service that you are being paid $2,000 monthly for your services, the business owner is expected to report these payments on the fifth month when it gets to $10 000.

They are meant to fill a form called Form 8300, where the identity of the two parties and the nature of the transaction will be disclosed. Individuals who fail to file can be prosecuted, and individuals who do not report until their banks report can also be fined.

This form provides helpful information to the Internal Revenue Service (IRS) and the Financial Crimes Enforcement Network (FinCEN). The information given to these agencies helps in the fight against money laundering, which aids crimes like terrorist financing and drug dealing. Some guidelines need to be adhered to while filling Form 8300. Transactions that require form 8300 include:

Businesses that receive more than $10,000 in cash in a single transaction or a series of transactions are expected to fill this form. The cash can be received as a whole sum or in installment payments within a year. The cash can be in American dollars or other foreign currencies. Even though you made the cash deposits to a joint account, you must be identified as the depositor.

What are the Consequences of Reported Deposits?

When a bank deposit is reported, the client or owner of the cash is not supposed to fret, as long as they filed a report at the right time and have a legitimate source of income. The importance of the report is to help the authorities ascertain and identify the movement of the money and where it eventually ends up.

It also helps the authorities determine if the account has been toyed with and if any fishy, unusual or fraudulent activity has been carried out with the said account. However, if you do not file a report at the right time or try structuring deposits to avoid the report. T

hat says you try to deposit smaller amounts at different times, no matter what the deposits are used for. If a client tries to structure deposits to distract the authorities’ attention, the Internal Revenue service eventually finds out.

This can be a source of concern and can land such a person in serious trouble. If you have been careless enough to deposit unreported income in your bank accounts at different times, an Internal Revenue Service auditor may find out, and that could mean trouble.

Financial monitoring is very important and necessary to stop money laundering, terrorism financing, drug trafficking, and many other vices in the United States of America.

The government has put in place various measures to make sure that this is properly done. It is now left to the banks, financial institutions, business owners, and their clients to adhere to all the rules that have been put in place and report such transactions where necessary.

Have you thought of what to study to make you a billionaire? If yes, then you have good thoughts. If you had billions of dollars as your net…

A billionaire is a wealthy person whose net worth is at least one billion dollars. All over the world, there are roughly 2,755 billionaires in existence. You might…

Is it possible to live off the interest on a million dollars? An answer is given in the article. You get to know if it is possible or…