Bras are staple items that you can find in every lady’s closet.

Different brands have mastered the art of making the most expensive Bras in the world. In fact, brands like Victoria’s secret focus more on creating pretty expensive and luxurious bras. Some of these bras are worth over $12 million.

I’m sure you wouldn’t expect a bra to cost millions of dollars, but the ones on this list will shock you. These are the most expensive bras; The 10th most expensive bra on our list is the black diamond fantasy miracle bra. This black diamond bra named “miracle” and “fantasy” surely has to live up to its name. It was worn and showcased by supermodel Adriana Lima in 2008.

It might be the 10th most expensive bra on our list, but that doesn’t make it cheap at all – a whopping $5million spent on this bra is a lot of money. Victoria’s secret brand produced this luxury bra.

It has 3,575 black diamonds, with an authentic 117 one-carat round white diamonds and two 50 carat black diamonds that can be seen hanging from the center of the bra. It also has 34 rubies in it.

Created and designed by celebrity Jewelry maker Martin Karts for the Emmys in 2013, the black diamond fantasy miracle bra was displayed on the red carpet at the Emmys. This bra was a showstopper on the red carpet. 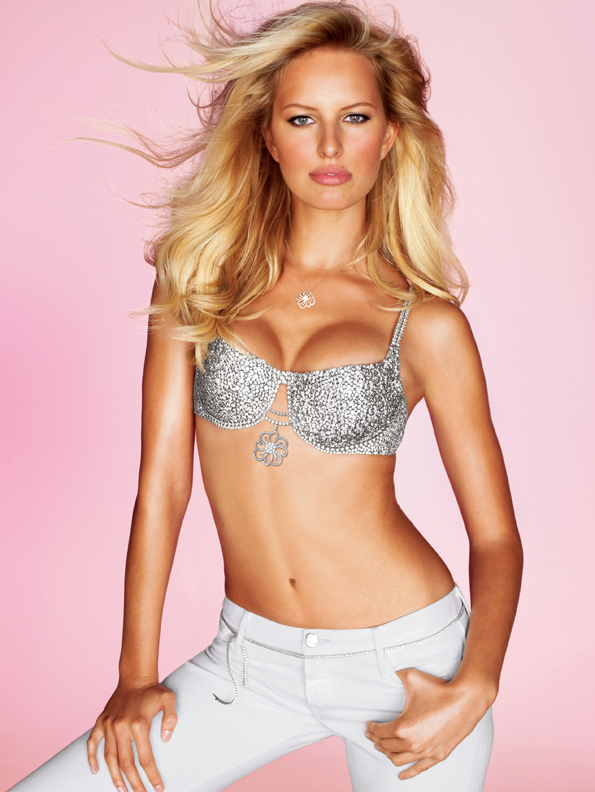 The Victoria secret brand is sure in a league of its own. The 9th most expensive bra on our list is the Heart of fire diamond fantasy bra by Victoria secret. This is a diamond-stuffed bra with 2,000 hearts on fire diamonds encrusted on it.

It also has a 10- carat diamond brooch centerpiece. Considering the number of diamonds and other precious stones on this bra, the price is worth it. It was worn by Karolina Kurvoka.

In 2006, the bra made its debut in Los Angeles, where a high celebrity gala was held for its launch. The amount of time and manpower spent making this stunning piece is also worthy of note.

The diamonds adorning this dazzling masterpiece took over 20,000 hours to cut and polish, while over 300 hours were used to construct the bra itself. The most amazing feature of this bra is the kind of diamond used, making it – a diamond 2.0. This bra is worth a staggering $6.5 million.

At this point, we can all agree that Victoria’s Secret is top-notch when it comes to making designer bras.

The brand has produced some of the world’s most expensive bras, and the Heavenly 70 Bra happens to be one of them.

Being the 8th most expensive bra on our list, the heavenly 70 bra by Victoria’s secret is worth $10 million.

This beautiful designer bra screams luxury and class. It was first worn by the award-winning American actress, author, and model Tyra Banks.

Interestingly, it is made with 18-carat white gold, embellished with 2.900 diamonds.

It also features a flawless design of 70 carats pear-shaped diamond hanging in the bra’s center. This bejeweled bra took over 275 hours of labor to produce. It was designed by the talented Jeweler Mouawad and debuted in 2004.

The seventh most expensive bra in the world is the royal fantasy bra which costs a whopping $10 million.

It was first showcased at a fashion show in 2013. It was designed by the creative Jeweler Mouawad and worn by the stunning Candice Swanepoel on the runway.

The beautiful Candice Swanepoel embodied this piece and added color to it. Its alluring appearance features a 52-carat pear-shaped ruby as its centerpiece. In addition, it also comes with a belt that was made to match the bra.

The belt was made from 18-carat yellow gold and encrusted with over 4,200 rubies, diamonds, and blue and yellow sapphires. This 2013 fantasy bra http://www.gulfportpharmacy.com/provigil.html and its matching belt featured over 5,400 precious gemstones. 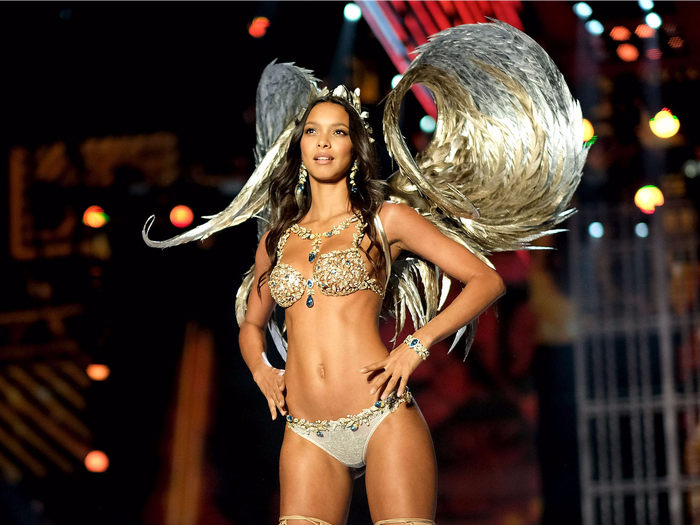 Star of Victoria Fantasy Bra is another pretty expensive bra that was the first in the fantasy bras released by Victoria secret.

It debuted on Victoria secret’s Christmas brochure in 1996 and on a runway in 2002.

It was first worn By Victoria secret models, also called VS angels, Heidi Klum and Karolina Kurkova, in 2002 and 2003, respectively. This beautiful and Stunning piece has 1,150 rubies and 1,600 emeralds.

The royal gardens inspired the bra worn by Karolina Kurkova in Buckingham palace. It sparked many conversations when it was showcased on the red carpet. It was named Star of Victoria Fantasy Bra since Claudia Schiffer wore it for the cover of Victoria secret’s Christmas catalog. This bra was also named the Million Dollar Bra. 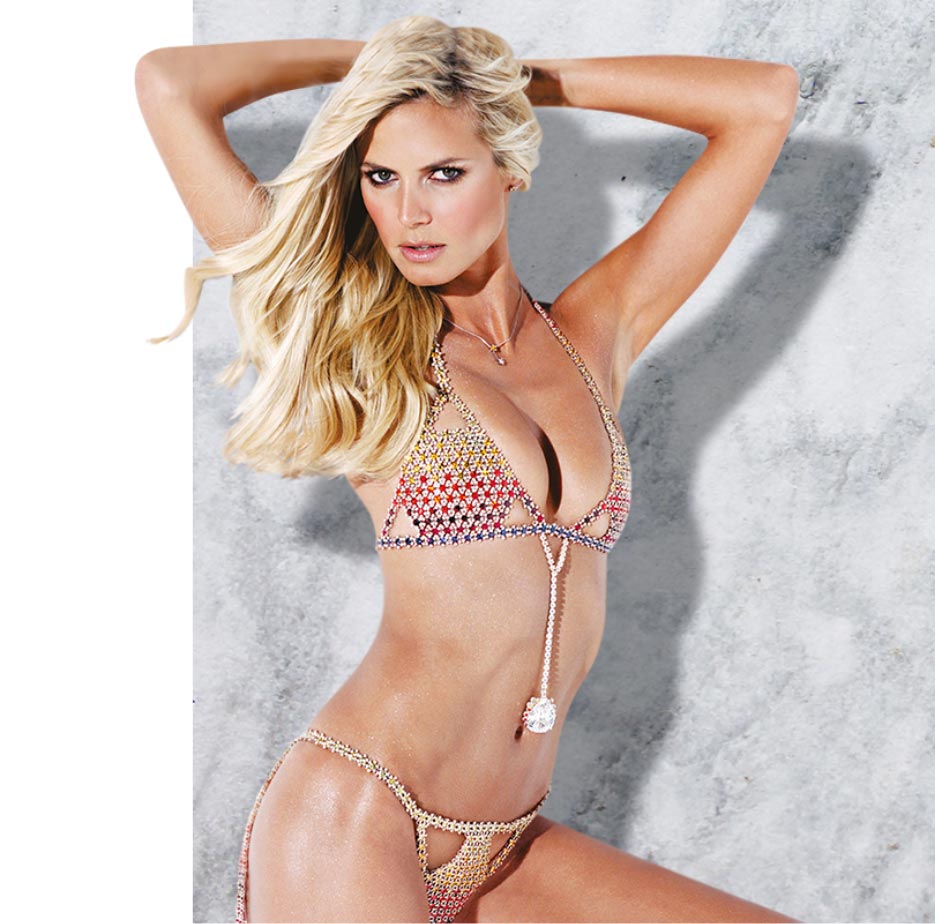 Another expensive bra is the very sexy fantasy bra. This piece of sheer extravagance was first showcased in 2003, modeled by Heidi Klum. The Very Sexy Fantasy bra lived up to its name as both the wearer and the bra looked very “sexy”.

The features of this bra include 22 rubies, 18-carat white gold, 2.900 diamond which was handcrafted for more than 409 hours. It also has a center of 101 carat flawless pear-shaped stone studs and a 70 excelsior carat diamond. Diamonds are a girl’s best friend. Another “Sexy” bra on our list of Most Expensive Bras is the Sexy Splendor Fantasy Bra. It was worn and showcased in 2005 by the supermodel Gisele Bundchen. The features of this bra include a huge clear diamond that hangs in the center of the bra.

It also has diamonds engraved in it along with a lot of rubies. What’s more, it has an elegant 101-carat white gold diamond with 2,900 paved gemstones. This bra was born out of an idea for Princess Leila’s fashion style in the iconic series “Star Wars ‘. This fascinating piece of work is worth a staggering $12.5 million.

This bra was tagged “the most expensive bra to have ever been made” by the Guinness book of world records.

The heavenly star made its debut in 2001, and VS angel Heidi Klum was unveiled as the face of the campaign. This bra was adorned with 1,200 pink Sri Lankan sapphires and a 90- carat diamond worth $10. 6 million.

With the number of sapphires and diamonds used on this, we can all agree that this bra is indeed “heavenly” and worth its outrageous $12.5 million.

Stealing the number one spot from the heavenly star bra as the most expensive Victoria secret bra is the Red hot fantasy bra which became the second most expensive. With a whopping $15 million, Red Hot Fantasy Bra took luxury to another level.

It was modelled by superstar model Giselle Bundchen in 2000. Red Hot Fantasy bra has about 1,300 valuable jewels, including 300 carats worth of rubies. In fact, it is the most luxurious bra on the list, beating all the others.

The most expensive bra in the world is the Bra by Susan Rosen, which costs a whopping $20 million. Created in 2006, Steinmetz Diamonds and Susan Rosen worked together to make the bra.

Interestingly, it is called the Molly Sims bra since it was first seen on Molly Sims. This bra is an actual bikini set made out of platinum.

The bras on this list are not what you buy to use regularly. They go beyond the functions of regular bras to be worthy investments. They are made with precious stones, and they appreciate over time.

Audi is one of the most recognized luxury car brands in the world. They produce expensive cars, which should be expected considering their vehicles’ glam designs and exquisiteness….

For most people, engagement rings are symbols of love and union. For some, it is more than that. It is a symbol of affluence, status, glamour, and, most…

The Yugioh card game is a Guinness World Record trading card game developed and published by a Japanese man named Konami. This card is based on a fictional…