Diamonds are precious gemstones known for their rarity and value. They are so precious that some are even tagged as priceless. Their exquisite nature makes them desirable to people who can afford them. While diamonds like the “Princie diamond” are priced at $39.3 million, there are incredibly expensive diamonds with prices that will blow your mind. So let’s look at the top 5 most expensive diamonds in the world.

Why are Diamonds so special?

Diamonds are special for their rare undiluted beauty, which plays a major role in the origin of the word “diamond” (taken from an ancient Greek word, ‘Adamas, which means ‘unbreakable’). These precious gemstones are the oldest natural resources known to man.

Apart from their beauty, they are the most enduring of all valuable stones. They are found about 140 kilometers below the earth’s surface and are often considered to be earth’s messengers with the ability to tell us about time. This belief by scientists sparked their interest in the gemstone. Diamonds are not just special; they are nature’s gift to man. This is another expensive diamond famous for its vivid blue color. It is a large diamond with unusual beauty. In May 2016, it held the record of the most expensive jewel ever sold at an auction held at Christie’s in Geneva. A year later, this position was taken over by the pink star diamond.

Initially, Oppenheimer Blue Diamond was valued at $35 – 40 million. But an interesting thing happened. Because this vivid blue diamond was so beautiful, it sold for more. And by more, I mean sold at a staggering $57.5 million. Obviously, the diamond has a charm that could not be resisted.

It weighs an incredible 14.62 carats and is cut into a rectangle. Oppenheimer Blue Diamond was discovered in South Africa and was named after its previous owner, Philip Oppenheimer. Given its rare splendor, it is not hard to imagine why it sold for that price.

During the bidding, two competitors bid for this diamond via telephone. The name of the current owner is unknown to this day.

READ MORE: Most Expensive Perfumes in the World 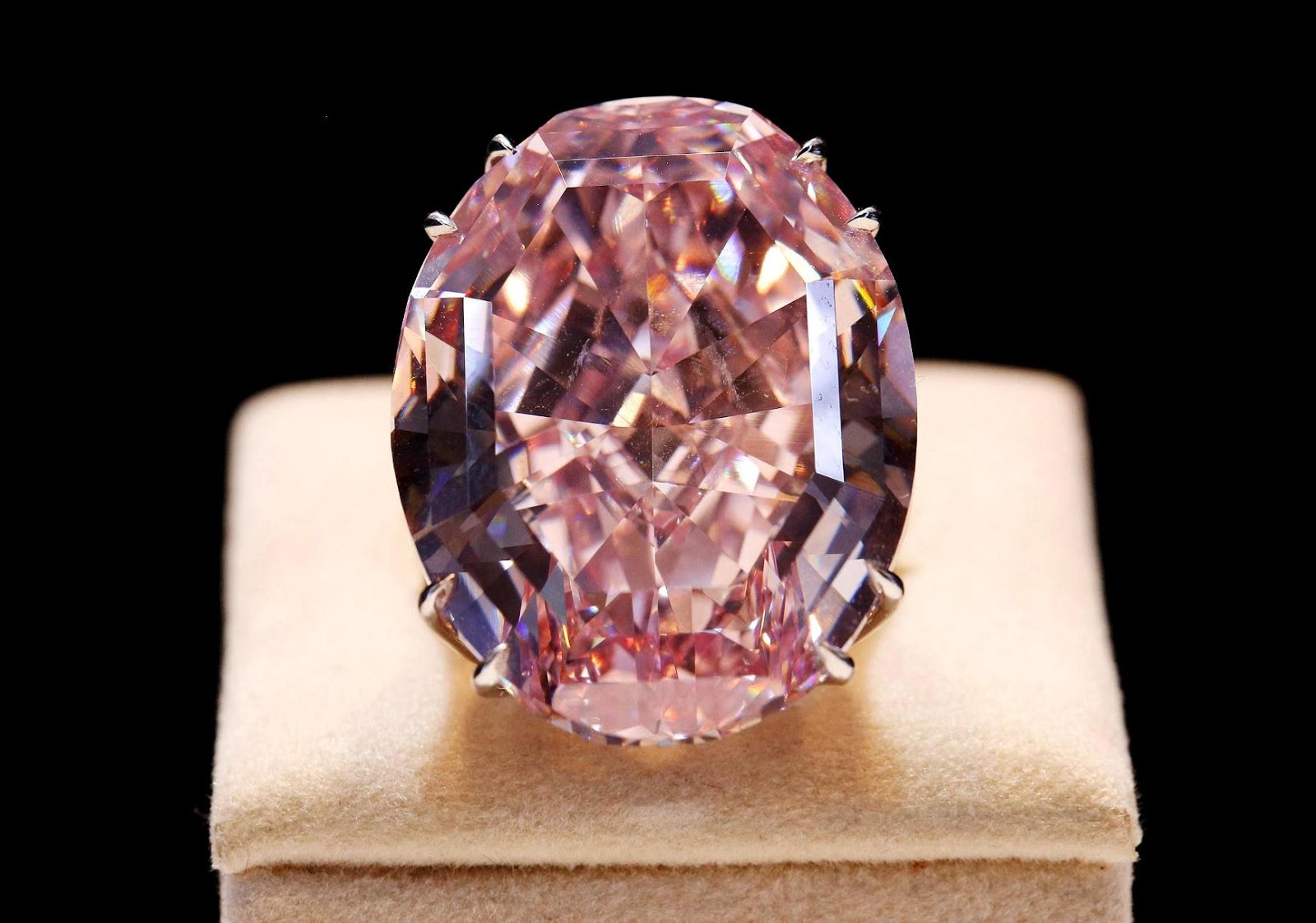 Pink Star Diamond is the 4th most expensive diamond on this list. It was discovered in 1999 and was previously known as the Steinmetz Pink diamond. It is the largest diamond to have received a vivid pink color grade.

In September 2013, Pink Star Diamond was auctioned at Sotheby’s Geneva for a sale price of $76, 335,000 which became $83,187,381, including commission fees. It was purchased by Isaac Wolf, a famous diamond cutter who renamed it “The Pink Dream.” But resurfaced at the Sotheby’s auction in 2017.

In April 2017, this beautifully prized diamond held the record of the most expensive jewel ever sold in the world. This was a few minutes after it was purchased at the Sotheby’s auction in Hong Kong by Chow Tai Fook Enterprises.

This diamond weighed 59.60 carats and was cut into a mixed oval pearl shape. It was also renamed by the CTF owner in memory of his late father. Pink star diamond was discovered in South Africa. It is valued at an astounding $71.2 million, which is a whole lot of money.

Read More: Most Expensive Mushrooms In The World

If you’re looking for a flawless diamond, De Beers Centenary diamond is just the right diamond to look out for. It is a colorless gemstone that weighs an incredible 273.85 carats and is worth a staggering $100 million.

De Beers Centenary Diamond is one of the largest and most expensive diamonds in the world, and it was discovered by the premier mine in 1986. This diamond initially weighed over 500 carats, but in 1991, it was finally completed and modified into a heart shape weighing 273.85 carats.

This gem is rated in color as grade D by the Gemological Institute of America. It was loaned to the Tower of London for a few years before it was purchased by De Beers. At present, it is believed that De Beers no longer owns this diamond. The current owner is unknown.

READ MORE: 10 Most Expensive Lipsticks in the World. Hope Diamond is the second most expensive diamond in the world. Valued at a whopping $350 million, this fancy blue diamond is one of the most famous jewels in the world. Hope diamond is known for its dark gray-blue nature that is quite appealing.

It is currently housed in the Smithsonian Institution office in Washington DC. This beautiful jewel was discovered in India in the 1600s. It weighed 45.55 carats and was cut into an antique cushion.

In 1791, this precious gem was stolen. However, it resurfaced in 1839. The Hope diamond was purchased in 1949 by Harry Winston, who later donated it to the National Museum of Natural History, Smithsonian Institution.

Rumors have it that this diamond stone is believed to be cursed, bringing misfortune and tragedy on anyone who owns it or wears it. Regardless of this myth, this diamond is still a famous tourist attraction for the Smithsonian Institution. Would you want to own a diamond with such a scary myth? The Cullinan Diamond is one of the largest and most expensive diamonds in the world. Known for its rough nature, it is the largest quality diamond to have ever been discovered. After its discovery, this diamond was cut into the famous “Great Star of Africa” diamond that weighs about 530.4 carats.

What makes this even more exciting is that the leftover from this diamond was large enough to cut out several other precious stones. This amazingly expensive diamond weighs 3,106.75 carats and has been cut into 105 stones of various cuts. The largest of these stones is the famous Cullinan I diamond, which you already know as the “Great Star of Africa.”

In 1905, this gem was discovered in South Africa by the premier mine and named after the mine’s owner. Its price ranges from $400 million to $2 billion. It is by far the most expensive diamond, and it is owned by Elizabeth II by the right of the crown.

Why these Diamonds are more expensive/valuable

You may be wondering what makes these diamonds so valuable that they are incredibly expensive. Well, diamonds naturally are precious gemstones that are highly valued for their rarity. In fact, they are one of the most sought-after natural possessions in the world. Apart from this, other factors determine why these diamonds are so valuable, and we will look at a few.

First, to identify the value of a diamond, you have to think of the number of carats it weighs. Weight plays a huge role in the value and expense of a diamond. Diamonds that weigh more are often large and difficult to find while mining since they could lose their original form in the process.

What’s more, the time and complex nature of the finished work on a particular gemstone will also add to the price and increase the value. In addition, since jewel collectors will pay a fortune to own some of these beautiful gemstones, jewelers are more than willing to spike the price.

Other factors that make a diamond so expensive and valuable are the clarity of polishing, the number of flaws found in the natural stone, the historical value, and previous owners’ status.

For instance, if a diamond formerly owned by a royal family or a celebrity is auctioned, the value of that diamond will also increase. Diamonds are beautiful and rare, so it is not out of place that some are extremely expensive. 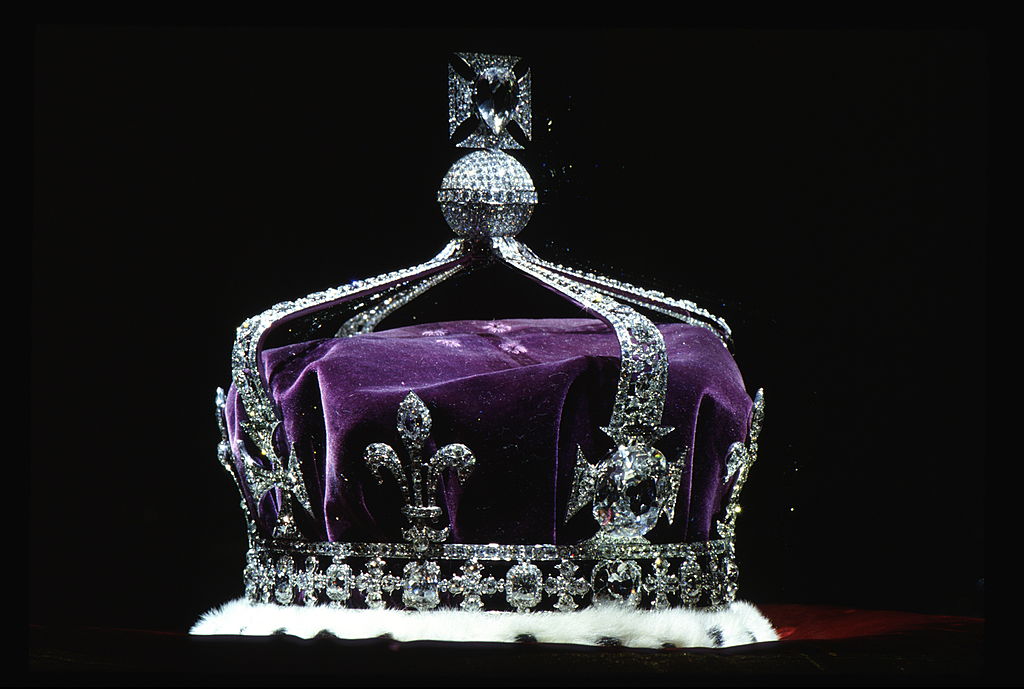 Though diamonds are highly prized possessions, there are existing diamonds that cannot be priced. They are so precious and rare that they have become priceless.

The Koh-i-Noor diamond is a priceless diamond owned by Queen Elisabeth II. It weighs 105.6 carats and is cut into a brilliant oval shape. The Koh-i-nor is one of the largest diamonds in the world, and it is part of the British crown jewels.

It was discovered in India and is believed to bring bad luck to any man who wears it since its history involved many fighting men. Before it became part of the British crown jewel, it was part of the Mughal peacock throne.

The Koh-i-Noor diamond has strong relations with royals. Currently, this precious stone is on public display at the Tower of London jewel house. It was also declared that the status of this diamond is non-negotiable.

Read More: Top 10 Most Expensive High Heels in the World

Diamonds are technically one of the most precious natural resources in the world. In fact, they have been seen as a great gift to man. Diamonds have over the years been used for many things. Ancient artifacts like the Cullinan II were mounted on the Imperial State Crown.

Some are even used to make quite expensive engagement rings, necklaces, shoes, and highly-priced bags. Would you be willing to spend so much money on these prized precious stones?

For years, Hyundai cars have proved worthwhile investments, making transportation more accessible and flexible for the average working class. But beyond that, they have become a means for…