When it comes to the game of hockey, hockey sticks are the most important. Besides, there is no game without the stick. You can ask any hockey professional or player, and they’ll tell you it is all about the importance of the hockey stick. Therefore if you wish to venture into this sport and consider having the best hockey stick, know that they can be pretty expensive. While some hockey sticks are worth a selling price of $500, others have been sold for much more. Stick around for the top 10 most expensive hockey sticks in the world.

The CCM U+CL hockey stick made it to our top ten list of most expensive hockey sticks in the world. This stick is the hockey stick to purchase if you’re looking to get a genuinely lightweight stick. It weighs just about 405 grams which is pretty great for players.

They can make quicker shots, faster reflexes, improved balance, and a higher swing speed. One interesting thing about this hockey stick is that the blade is not inserted into the shaft.

When you get a hold of a CCM U + CL composite hockey stick, you’ll notice that they’re constructed from the inside out. This lightweight stick is excellent, and any seasoned player will enjoy the durability and freedom attached to this hockey model. It was worth a selling price of $1300 but is currently sold for $299.

Another pretty great hockey stick is the Reebok 8.0.8 O-stick. It is a sleek punch-packing hockey stick that’s great for single punches. This efficiently engineered hockey stick is made out of graphite, is about 60 inches long, and has a beautifully tapered shaft.

What’s more, it is precisely woven with carbon fiber threads that run along the pole to the blade and weighs about 460 grams. With this, you can deliver a clean shot with minimal exertion. It features a redesigned port and new power technologies.

You should know that Reebok may not be as flexible as other sticks on this list, but it is light, has great speed, and is robust. This hockey stick is also a great choice and is sold for about $1400. Currently, you can get it for $198.

READ MORE:  Most Expensive Nike Shoes in the World

Looking for a hockey stick that is not only flexible but gives you an opportunity for an effortless killer kick? Then Warrior Kronik is your best bet. This hockey stick is best known for its unique features. It is ultra-precise, lightweight, and beautifully carved. It uses Angel hair technology, delivers unmatched performance, power and control.

Interestingly, this hockey stick is durable and provides low kick points for quicker shots. What’s more, with this stick, you have control and raw power when playing. The Warrior Kronik hockey stick was sold for $1500. Currently, it goes for about $239.

Another hockey stick that made it to our list is the Bauer Vapor X:60 hockey stick. Taking the 8th spot as one of the most expensive hockey sticks in the world.  Bauer vapor x: 60 Hockey stick is for players who prefer to have both slap shots and wrist shots. It gives you a balanced performance when you’re on the field.

What’s more, it has curved corners and enhanced shafts to give you a perfect shot. With this hockey stick, you’ll enjoy a super flexible hockey experience. It can adapt to any shot that is being played. With this stick, an unbeatable experience is inevitable. Bauer Vapor X:60 comes in both senior and junior. Though it was sold for $1700, you can get it for about $209.

Interestingly, this stick weighs 504 grams and is about 59 inches in length. What’s more, it features a tapered shaft design as well as HTX features. Easton Synergy EQ50 is an ideal stick for any player who likes to load up their shots. If you are one of such players, then this is the hockey stick to look out for. It was sold for about $1800.

Here’s another amazing hockey stick. So if you’re looking for an innovative hockey stick, this is just the best stick to try out. The engineering piece of work used for this stick is great for hockey players. The warrior Dolomite DD is created with flat weave carbon fiber, which makes it light and flat.

It also has a layer of foam to ensure that players’ and users’ hands are protected from the blade on the stick. Also, it has other foam in the heel that guarantees excellent balance during their game. Apart from this stick being light, it is also strong and durable. The Warrior Dolomite DD is a pretty nice hockey stick that’s quite expensive.

You may be wondering why another hockey stick from the Bauer brand is being featured on this list. Well, hockey sticks from this brand are pretty much a great fit for the game. So taking the spot of the fourth on our list of top ten most expensive hockey sticks in the world is the Bauer Supreme TotalOne hockey stick.

Known for its strong and flexible nature, Bauer Supreme Total One is one hockey stick players use a lot. It weighs about 426 grams and is a great fit for players. Like other hockey sticks, this stick was engineered with one core design principle to maximize the player’s shooting performance.

READ MORE: Most Expensive Private Jets in the World.

Reebok 11k Sickick III  is an extremely powerful hockey that is lightweight at the same time. It is made of premium carbon fiber and incorporates dual matrix technology. You should know that this matrix tech allows users or players to take advantage of its low kick point and spring loading effect. Also, it guarantees a high power shot every time. The Reebok III, Sickick, gives you a high power shot if you use it.

The Moffatt hockey stick held the position of the most expensive hockey sticks in the world before the Sharpe’s hockey stick took it over. In fact, it is known as the world’s oldest hockey stick, with its origin being dated back to the 1830s.

The Moffatt hockey stick was cut from a solid piece of sugar maple and had the initials of William Moffatt (WM) carved into its blade. When you look at this hockey stick, you will notice its halfway resemblance between the field hockey stick and the modern ice hockey sticks.

Interestingly, this hockey stick is still playable. In 2015, it was purchased by the Canadian Ice hockey Museum for a staggering US$300,000 and became the second most expensive hockey stick in the world. 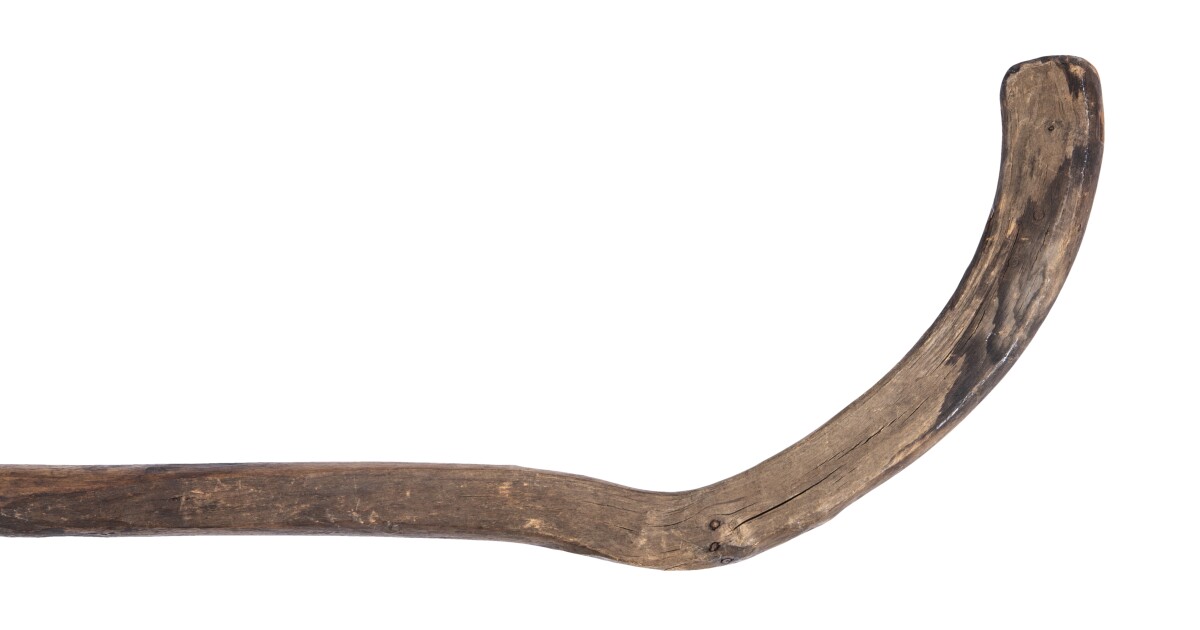 It is believed that Sharpe’s hockey stick was carved between 1852 and 1856. Interestingly, it has become a collectible and is on display in Toronto at the Hockey Hall of Fame. The stick reflects its age and embodies great history—one reason it is valued at such a price.

READ MORE: 10 Most Expensive Underwear in the World

When it comes to playing hockey, professional players spend a lot of money to purchase some of the best hockey sticks in the world. Hockey sticks are necessary, and we have listed the top most expensive in the world. These hockey sticks are a top torch and can deliver your much-desired hockey technique with ease. Most of them are flexible and easy to handle. If you’re a hockey player, any of these sticks will increase the odds of your win.

Bras are staple items that you can find in every lady’s closet. Bras give support and are pretty much a must-have for every lady. Although most people are…