What started as a game for teenagers has now grown into a full-blown sport for teenagers and adults. Paintballing is an interesting sport. If you love to live life on the edge and you love adventures? Then you would love the game of paintball.

As a paintball game fan, you already know the most important piece of equipment is the paintball gun which sometimes can be pretty expensive. If you’re looking for some of the priciest paintball guns, here are the top 10 world’s most expensive paintball guns.

Unlike many other paintball guns, the planet eclipse doesn’t look real, nor is it a replica of any real gun. It comes with features that are custom-made. It also has wider spacing, creating more space to hold with the hands.

The Planet Eclipse Geo 3 is one product that stands out. Its exterior is made of Aluminium. It is very efficient and has a unique signature sound. It also has an external adjuster located at the side, which allows you to alter your gun’s feel and performance profile within a limited time.

The uniqueness of this gun has earned it the number 10 spot on this list of the top 10 world’s most expensive paintball guns. This paintball features an all-new solenoid design and goes for a selling price of $1,345.

The WDP Angel G7 is one of the world’s most expensive paintball guns. It was made in 2003, and it is acclaimed as the fastest paintball gun in the world. The G7 can shoot 31 balls per second at a speed of 329.1km/h at a consistent velocity.

When you use this gun, all the opponents will leave the game with signs to show. The WDP Angel G7 is known for its superior capabilities. It is capable of recycling 31 balls per second at consistent veracity.

In fact, it is known for its record-breaking sale of about 1000, which happened in the first week of its release. It is made of Aluminium and has a trigger that incorporates a dual-polarity magnet system to create a very smooth and clear trigger action. 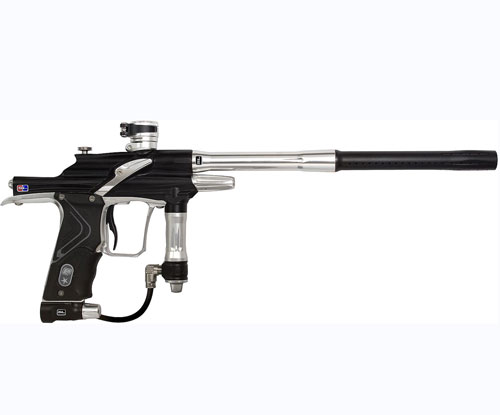 Another pretty expensive paintball gun is the Eclipse 07 SL74 Ego, introduced in 2004. It is an electro-pneumatic gun with an open- screw and stack- tube. It can shoot up to 14 balls in a second.

Eclipse 07 uses a dual ball–raced trigger. The trigger pin is clamped directly to give a very wide axial spread of the side-to-side pivoting action of the trigger, leaving no slop. It also weighs about 941g.

This gun was made with technical expertise, earning it a spot on the list of the top 10 world’s most expensive paintball guns.

READ MORE: 10 Most Expensive Earbuds in the World

This paintball gun was made as a replica of the M1919 Browning Machine Gun. The United States forces used a gun during World War 2 and the Vietnam War. It was used mostly in aerial combat during the war. It was always mounted on airplanes which helped to win the war eventually.

This gun was made with superior firepower and can dominate any game. This also makes it a good fit for opponents with lesser firepower. This gun can also deflect in any direction. The Rap 4 T68 M249 is a gas-operated gun, made as a normal paintball gun but produces firepower that can be likened to a machine gun. It can hold up to 200 shots in one round, and it is also very light as opposed to the T68 avenger, which weighs about 6.8kg.

This Rap 4 T68 M249 SAW gun could fire up to 0.68 caliber paintballs and has selective firing modes and full auto at 420 rounds per minute. Its exterior is made of metal because of its firing capabilities and the fact that it is lightweight.

It is hard to defeat someone with this particular paintball gun because it is lightweight. The player can handle it effectively and fire from a good standpoint. This is why it is sitting pretty as the 6th gun amongst the top 10 World’s most expensive paintball guns.

This machine gun can be said to be an avenger. Just as the name suggests, it is made with enough firepower to defeat an entire team in no time. It is very powerful, and therefore it requires a very powerful arm to hold the trigger.

It is safe to say if you do not have what it takes, you could consider passing the Rap 4 T68 for something less powerful. It was made with a twin grenade launcher, red dot scope, and it can hold more than 400 shots in a single round.

The Rap 4 T68 Avenger is a must-have for anyone that wants to eliminate the enemy; it has a red laser feature that enables the player to aim at the target before pulling the trigger effectively, little wonder it is on the list of the top ten most expensive paintball guns. 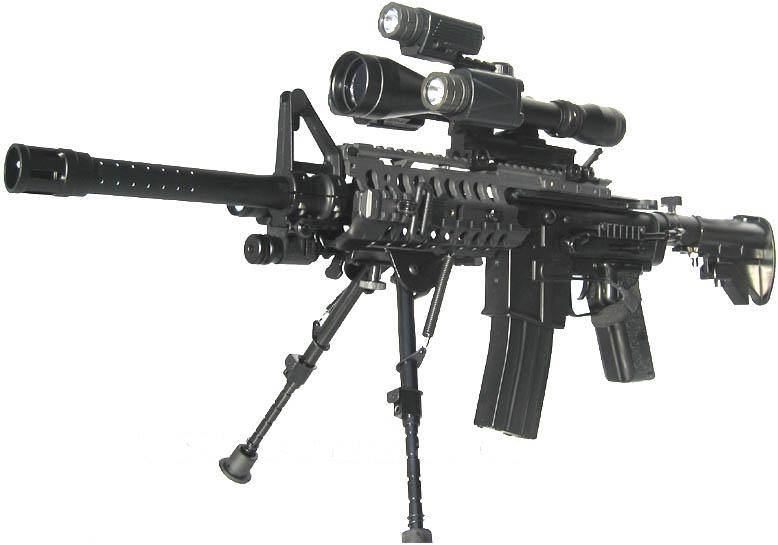 This was designed as a replica of the M60 machine gun. One striking feature of this gun is that the United States troops used it during Vietnam. If you want to win your game, you should consider using this gun.

This gun was made to run on gas, releasing a large amount of fire. It has a firestorm trigger that enables it to shoot at semi-auto, three-round burst, and fully automatic like the Breda M37.

The Rap 4 T68 M240 looks like a real gun when looked at carefully, and this is expected, seeing as it is a replica of the M60 machine gun. It goes for $4,500 and is the 4th most expensive paintball gun. Taking the third spot on this list of the top 10 world’s most expensive paintball guns is the 24k gold-plated Planet eclipse M170, designed by the popular planet eclipse brand. It is a custom-made gold-plated planet Eclipse Gsl, designed with a shaved milling and stippling.

A look at this beautiful design, and you can tell its exquisite profile. It features a deadly wind hair 45 trigger valve, an O-ring kit, and a barrel sock. It goes for the selling price of $4,500. 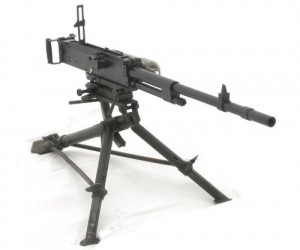 This piece is a must-have for any serious paintballer. It is made to stand on its own, that is to say, the player doesn’t need to carry it about, and it weighs about 30 pounds. The size makes it look intimidating at the close watch. This gun can be shot in short bursts, automatic or semi-automatic.

The Breda M37 can shoot at a very far distance. It has a fantastic long shooting range, and it contains up to 100s of rounds. This also has a custom electronic trigger which enables it to be shot at short bursts, automatic and even semi-automatic.

Due to its versatility, it is a top choice for experienced paintball players. This is believed to be one of the most mechanical guns ever made, it is also quite heavy, so it comes with a tripod.

READ MORE: The Most Expensive Swords in The World. 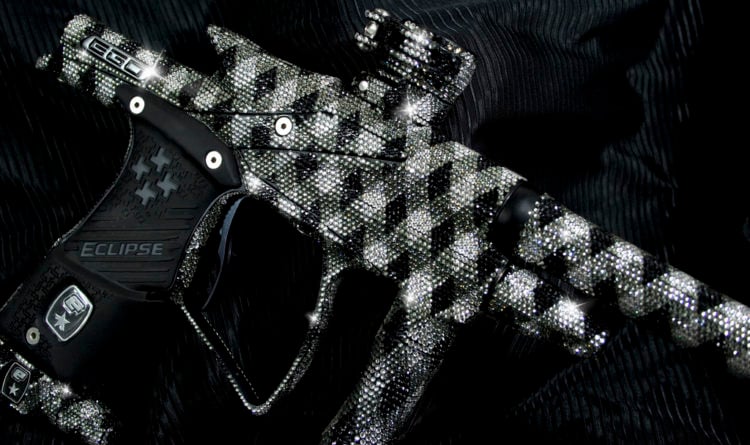 If you’re looking for a battle-inspired paintball gun, then the crystal bling Ego 09 should be your go-to. The crystal Bling is one of the topmost expensive paintballs globally, and it is adorned with crystals.

It is more useful as a showpiece to be admired than as a hands-on paintball gun for real battles on the field. The crystal bling paintball is worth $5,001 and is the top world’s most expensive paintball gun.

Paintballing can best be described as a game for those with the adrenaline rush, and paintballing lovers can pay any sum for their dream gun. Although it is quite clear that paintball guns are expensive, you should know that the real cost of paintball guns is not the gun itself but the accessories that you need to use it.

You can also hire a paintball gun if you cannot afford to buy it for yourself. But if you have some spare cash to splurge, you should definitely consider buying one of the guns on this list.