The pinball machine is for arcade games played in bars, casinos, and gaming zones. It is a game so widely enjoyable, it tends to bring people together. Such is the enthusiasm of pinball fans that they take pinball very seriously and are willing to invest a fortune in securing a pinball machine. Below are 10 of the most expensive pinball machines in the world. 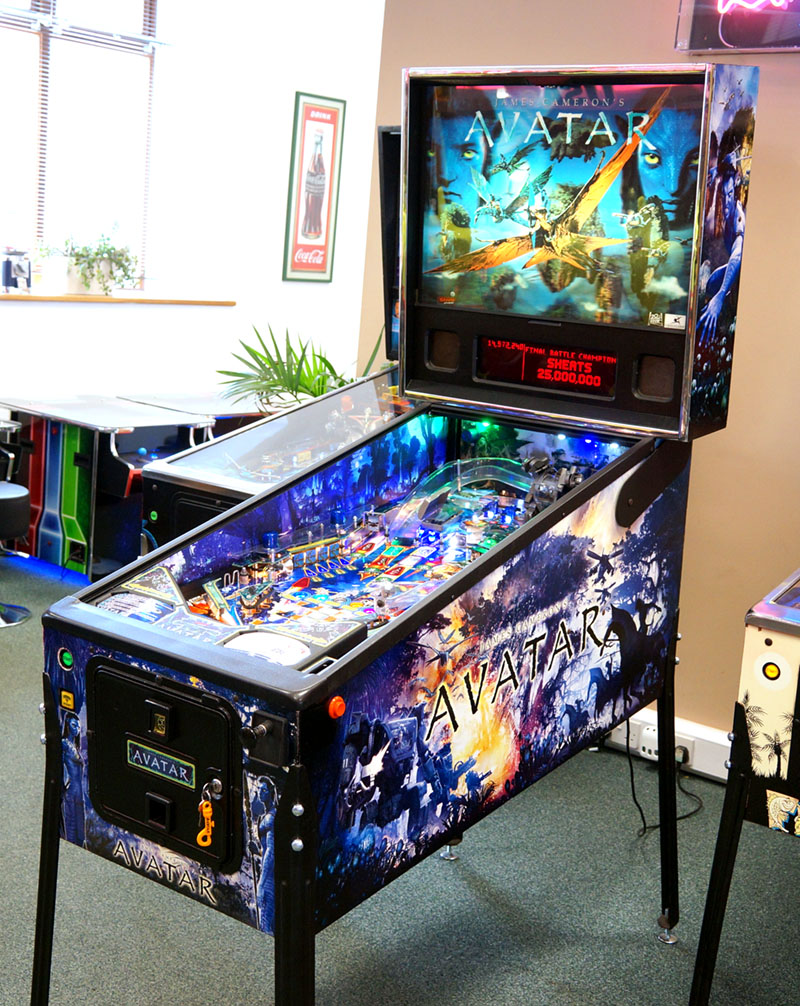 A stunning recreation of James Cameron’s movie of the same name, this visually appealing machine offers quality gaming and hours of engaging play.

It was designed by John Borg and has gained cult status among fans and continues to be sold rapidly. It features a 3-D backglass with astonishing depth, color and clarity, speech and sound effects from the film, and an original voiceover by Stephen Lang.

This is one of the most expensive pinball machines and it features 3 pop bumpers, 2 flippers, 13 stand-up targets 2 slingshots, 2 captive balls, a stop magnet, 2 spinning targets, dual left in lanes, 4-ball multiball, and a 3-D backglass featuring professional artwork.

Based on Cameron’s history-making movie, the avatar pinball fans are transported to the fictional world of Pandora on a mission to protect the planet’s natives from the invading forces of human miners. The avatar pinball machine is valued at 6500 dollars. 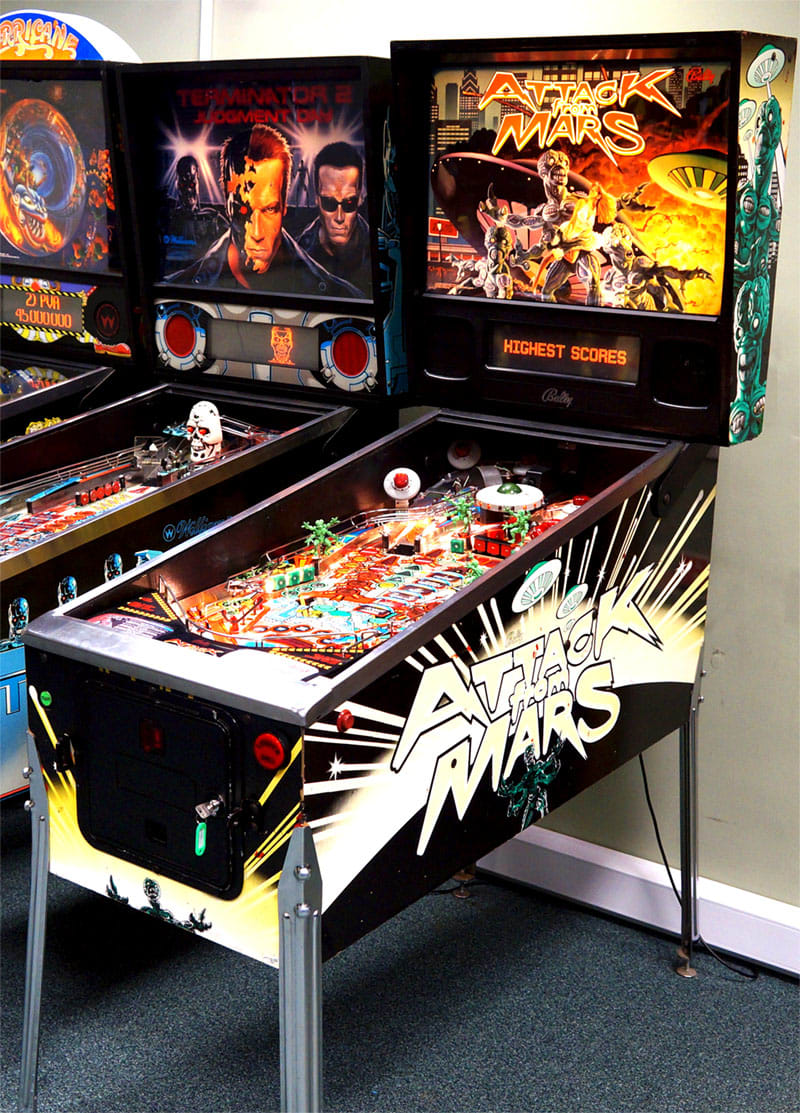 With a vibrant 23.8″ LCD playfield, dual speakers, light up back glass, adjustable metal legs, in-game settings menu, real feel tilt and nudge, haptic touch flippers with feedback, real feel tilt and nudge, a working plunger, four mechanized Martian figures, and a strobe light, the 1995 pinball game designed by Brian Eddy and released by Midway and is one of the most expensive pinball one can have.

As the name implies, the player must halt an alien invasion from the planet Mars by defending the major cities of the world, destroying the invasion fleet, and then proceeding to conquer Mars itself.

This classic attack from mars was introduced in 1995 and is a limited-edition item. Despite its similarity to the movie version, this pinball machine was released first, and its designer, Brian Eddy alleged that he came up with the original idea. It’s about 7300 dollars.

READ MORE: Most Expensive Essential Oils in the World. 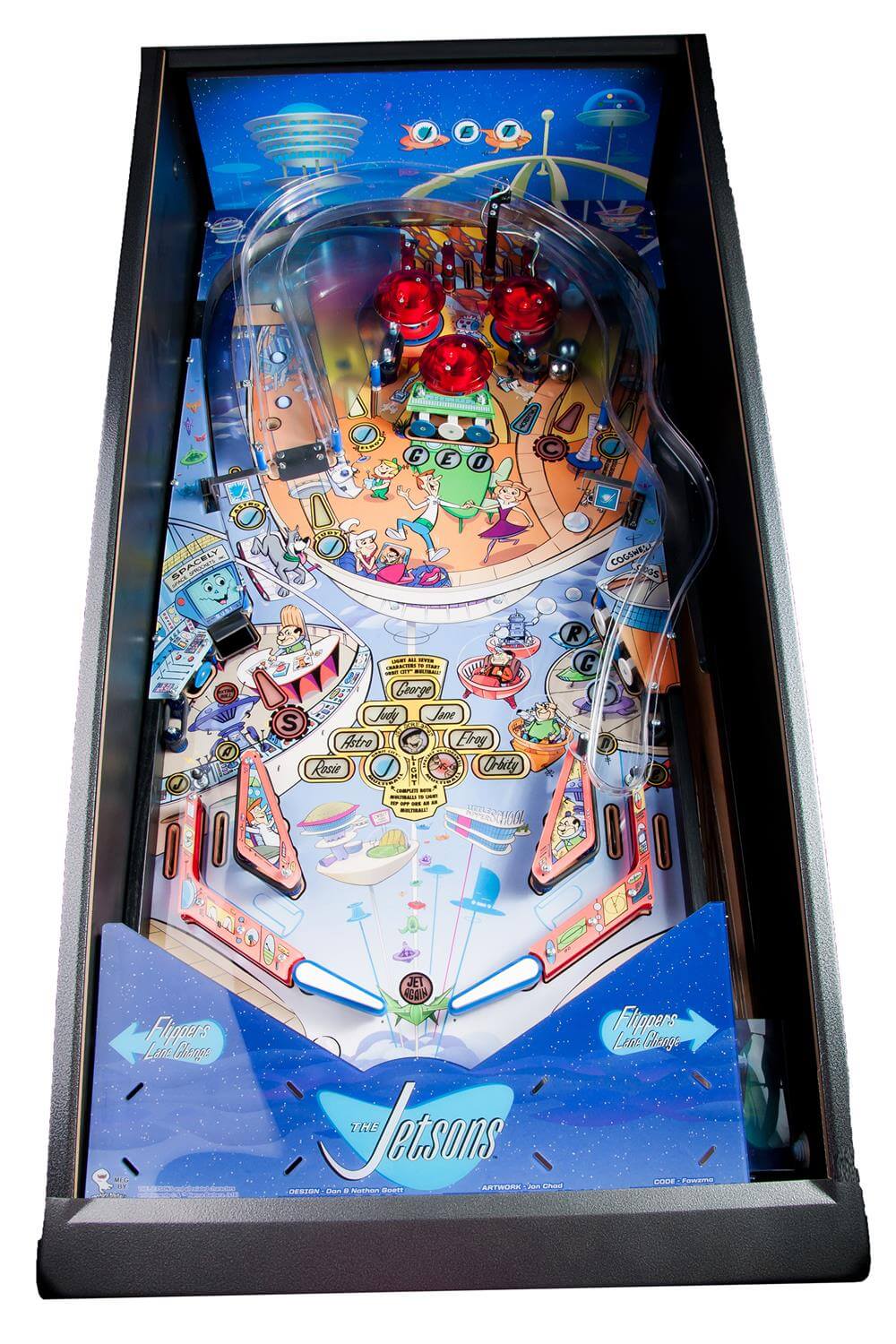 Designed by Dan and Nathan Goett, with beautiful art by Jon Chad, in addition to sounds and music from the similarly named TV show, the Jetsons pinball machine is a great game.

It is family-oriented, action-packed, and easy to learn. With only 25 machines in existence according to the pinball company and spooky pinball, it is one of the rarest pinball machines.

It is one of the most expensive pinball machines and features a purple trim and multi-ball system that allows the player to spell out the Jetsons family members’ names.

The game also features the original soundtrack from the show as well as LED lighting and a full-color 15″ LCD dot-matrix system that gives players an immersive experience. 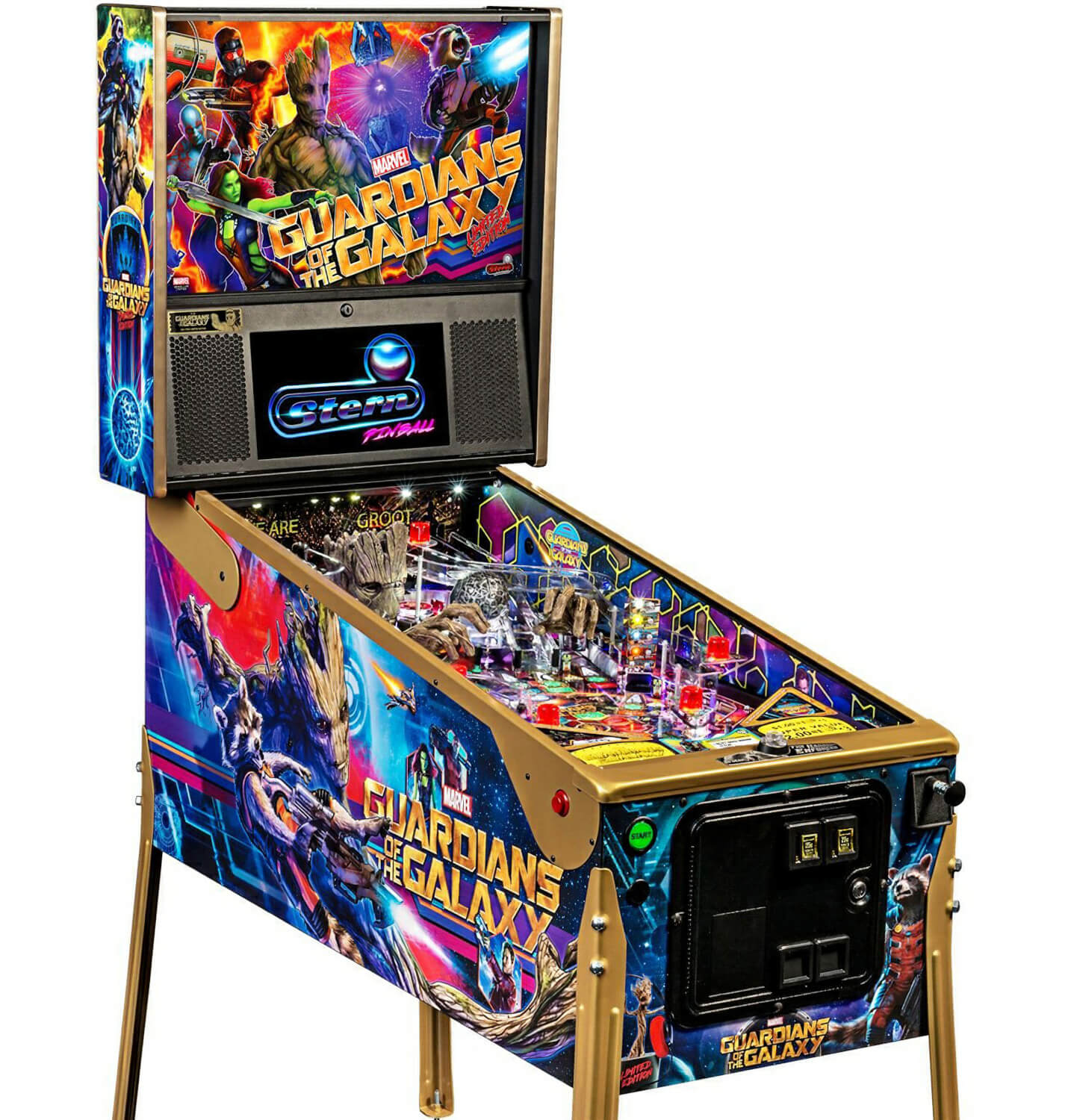 Stern’s Guardians of the galaxy is loaded with features that promote a compellingly attractive gameplay experience. It comes in 3 variants; pro, premium, and limited edition.

All 3 versions of the game were designed by Chris Franchi, and the music was composed by Ken Hale. The machine features all the action, humor, and sci-fi contained in the movie.

Guardians of the galaxy pinball have a backbox-mounted LCD with fantastic graphics which make use of original artworks and video from the movie.

Each version of the game features a custom-sculpted rocket that blasts the ball back at rocket speed, and an interactive ball-devouring Groot with a motorized jaw that locks balls for multiball action, Color-changing inserts highlight the mysterious and interactive Orb, which opens to reveal the powerful Infinity Stone. It is one of the most expensive pinball machines because of its great features. Indiana Jones pinball machine is a widebody game designed by Mark Ritchie, the younger brother of acclaimed pinball designer Steve Ritchie and released by Williams to the arcade and amusement industry in 1993. It was based on the Indiana Jones movies.

It is one of the most expensive pinball machines in the world. It features sound clips from the first three films and features a custom recorded speech by actor John Rhys-Davies.

It features action-packed scenes depicted in high quality such as the real gun shooter and the recreation of a biplane dogfight, the Indiana Jones playfield is a challenging, never-ending action-loaded thriller, including mine cart, 6-ball Multi-ball play, 3 video modes, and raven bar.

Williams conjoined jones’ exploits into 12 adventure modes each of them based on a scene from any of the three movies. 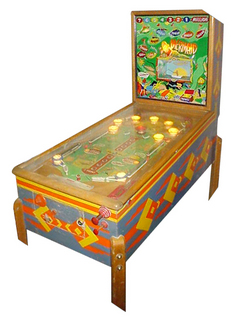 Manufactured in 1951 by D.Gottlieb & Company, the Mermaid pinball machine was known as the holy grail of pinball. It was electromagnetic and it was sold for $17,000 in December 2007 due to it being very rare as there are only over 600 copies worldwide.

It is considered the most collectible of the post-World War 2 Gottlieb Woodrail games. This Mermaid pinball machine is a work of art that features a very unique backbox animation with a fisherman catching a fish, and a boot coming up and kicking him in the butt. The artwork has a great deal of vivid detail.

READ MORE: Most Expensive Earrings in the World. 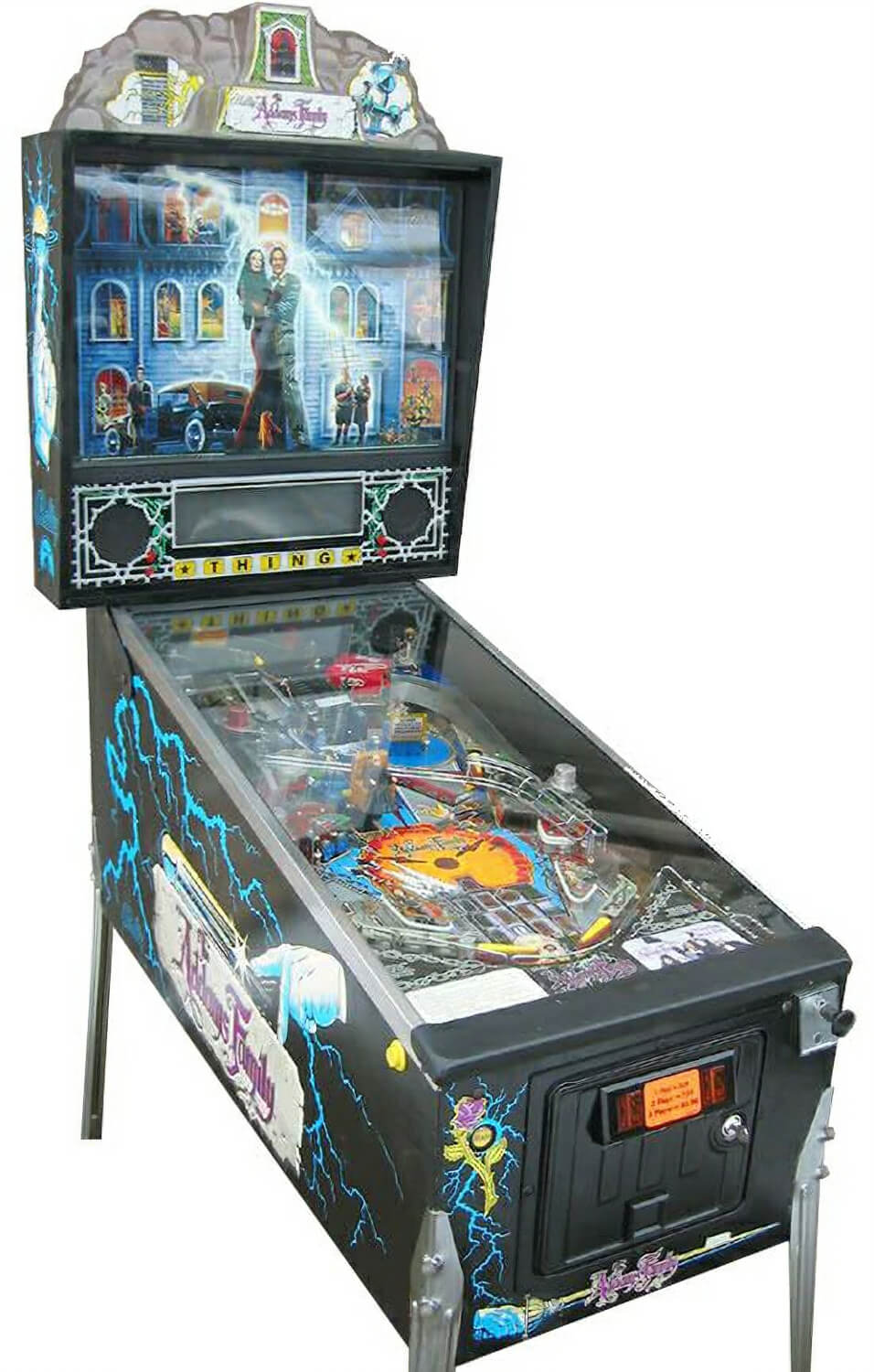 This machine was designed by Pat Lawlor and Larry Demar and released by Midway in March 1992, the Addams Family is one of the most expensive pinball machines based on the 1991 film the Addams family. It is the best-selling solid-state pinball machine of all time with 20,270 units sold.

The game has several memorable features such as a computer-controlled mini flipper that can shoot a tricky cross-playfield shot with impressive accuracy.

It is done using artificial intelligence programming, and an animatronic hand with an inbuilt magnet that grabs and locks pinballs for multiball. It features a lot of different pads, some of which are coated in rubber. They also come in different sizes for a custom and fun gaming experience

This game is also known for popularizing the “wizard mode. The Addams Family pinball machine holds an important place in pinball history and well deserves its sought-after status. The machine is valued at $18,000. 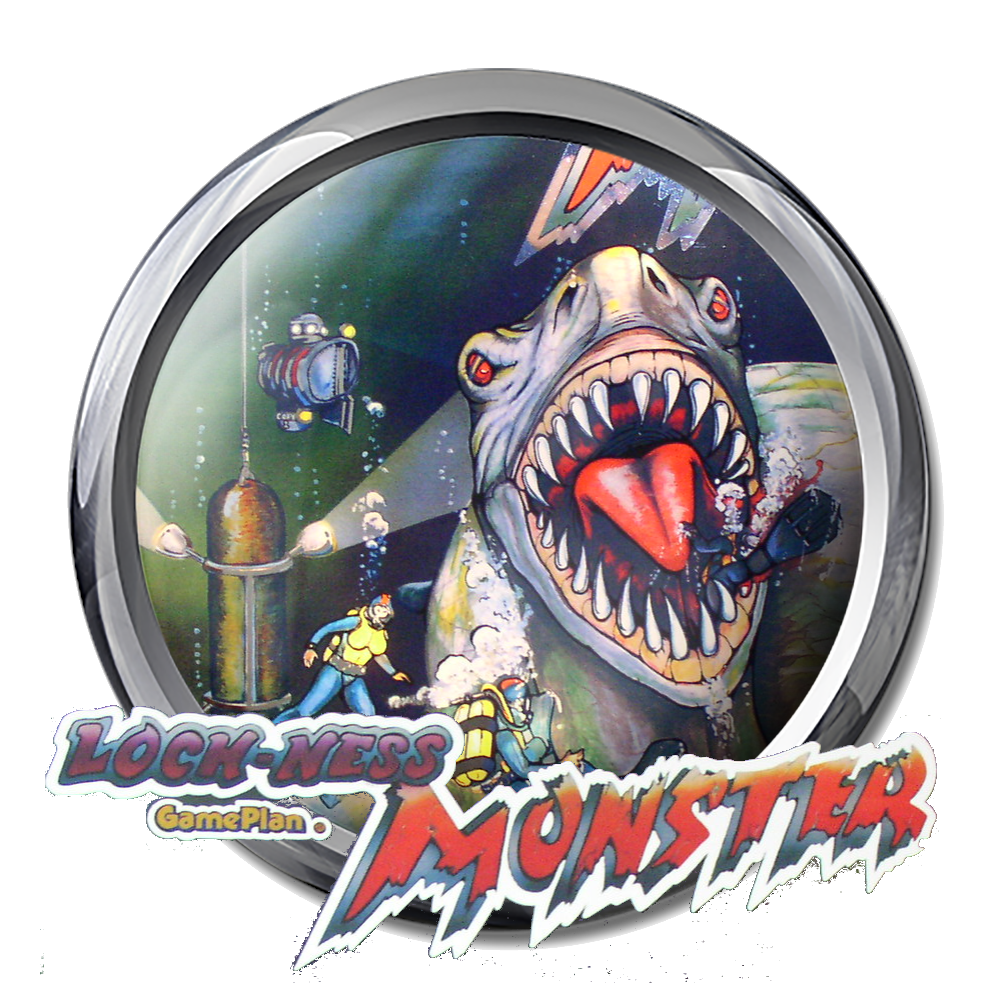 Designed in September 1985 by Joe Kaminkow and Ed Cebula with art by Seamus Mclaughlin, the Loch Ness Monster is the last pinball machine that was produced by Game Plan. The company shut down as the machine was being produced making the loch ness monster the only prototype that exists, making this machine very rare and valuable.

The stainless-steel frame and hardware of the loch ness monster were intended to be Game Plan’s best machine ever made with a moving three-dimensional model of the monster located underneath the playfield viewable through a blue window in the center and movable 3D fields for a super engaging gaming experience.

Additionally, it was the only Game Plan machine that had a ramp. Despite being an electronic machine, the loch ness monster retains its vintage vibe. It was sold at $20,327 making it the 3rd most expensive pinball machine in the world. 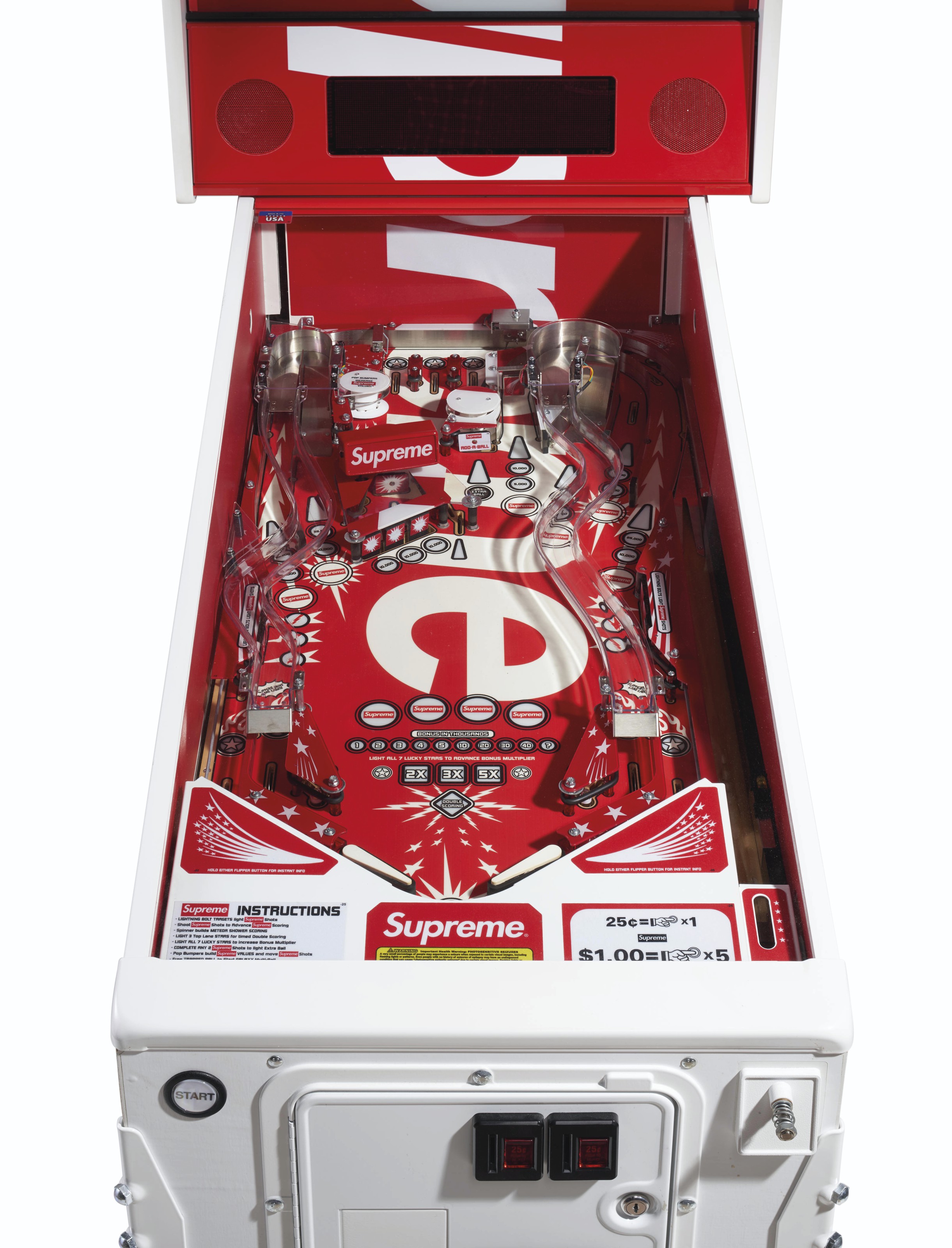 This machine was made in collaboration with the pinball machine company Stern and was made exclusively for Supreme. Stern is one of the few pinball factories left on the planet. The Supreme Stern Pinball Machine is an internationally acclaimed pinball machine valued at $70,000.

It boasts one of the most popular brands on the pop culture scene right now: Supreme. It is currently the second most expensive pinball machine in the world. The pinball machine’s artwork is done in the iconic red and white colors of the brand, and the logo is also visible.

READ MORE: Most Expensive Office Chairs in the World. 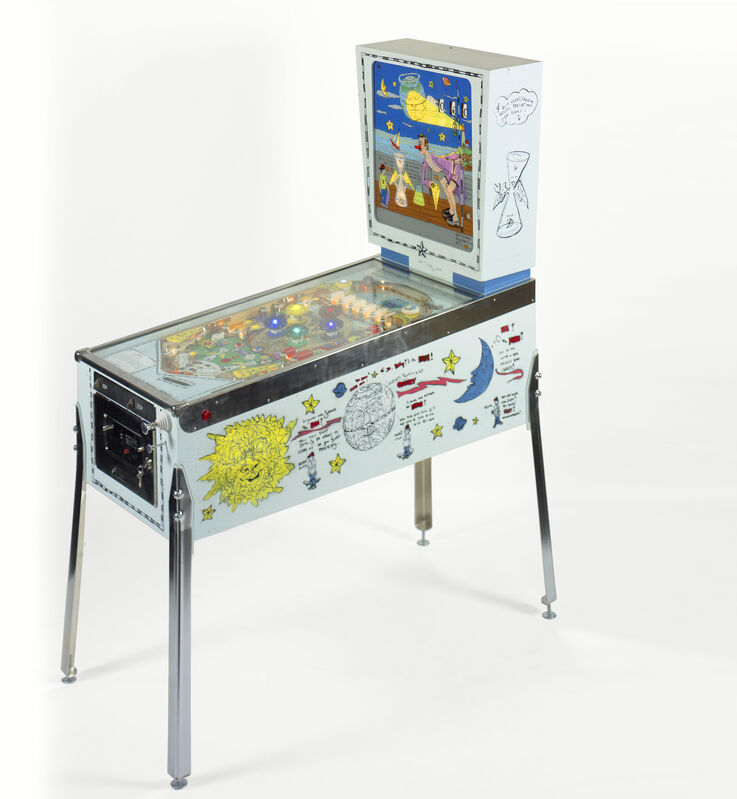 Topping the list of the most expensive pinball machines is William Wiley’s Punball, which was sold for $125,000, making it the most expensive ever sold! This is due to its artistry as it was on display at Pacific Pinball Expo #2 and the Smithsonian museum.

Wiley’s work has been exhibited over the globe and can be found in places such as the Van Abbe Museum, the Corcoran Gallery of Art in Washington dc, the New York museum of modern art, the Los Angeles county museum of art, and the Venice biennial.

In essence, punball only one earth machine has been on display in museums worldwide and collectors buy out every machine they can get their hands on. It is considered an art auction. The game is not only extremely entertaining but also socially conscious as it features a global-warming theme.

These are the most expensive pinball machines in the world and they have several reasons for being expensive; the materials they are made of are expensive, they cannot be mass-produced, and the number of people involved in the design and creation process is enormous. There are also licenses to take into consideration, and all these cause the price of pinball machines very costly.