There are numerous swords forged over the past centuries. Swords are not new weapons, they are ancient weapons used in many parts of history. Several stories told from one generation to another made mention of swords. Many historical wars made use of swords as the basic weapon. In other words, swords were the guns of the old days.

Several races, tribes, countries, and what have you were specialists in making swords. During the medieval period, Swords were the leading weapon and this gave birth to the creation of several iconic swords that turned out to be the most expensive Swords ever created in history. 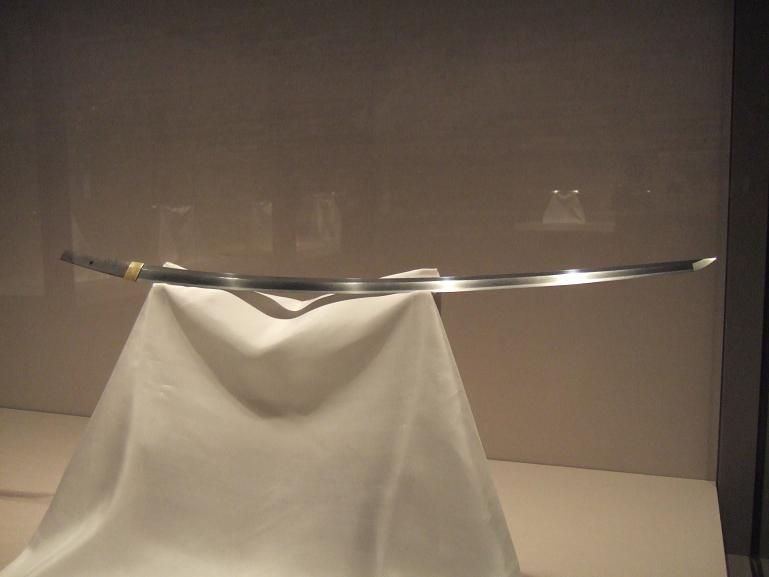 The Katana is a single-edged and curved sword that was used in the 13th century by the strongest Japanese Samurais and it is a longsword that is well constructed from the best materials and it makes it sturdy and reliable in battle.

At a point in Japan, the sword became limited and it was only wielded by the royal family in times of war. This led to the ban of exporting this weapon from Japan  using the term “Juyoung Abazai” and it translates to “the exportation or sale of the Katana is illegal.” Today, the sword holds the record for the most valuable Katana sword ever auctioned. 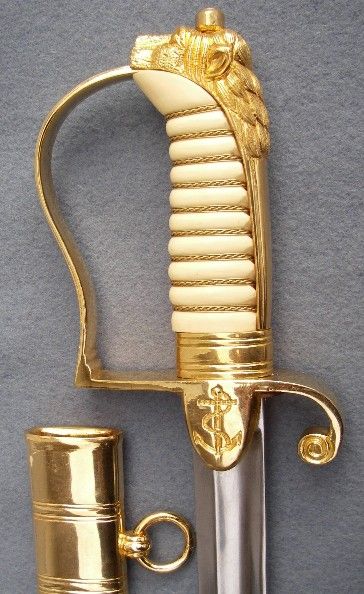 As the name implies, it was owned by Horatio Nelson which was popularly recognized as Admiral Nelson. During his days, Admiral Nelson was the flag officer of the British Royal Navy. The sword makes it to the list of the most expensive swords ever owned by a person in history because it cost 541,720 dollars when it was auctioned in 2002.

The blade of the sword is made from high carbon spring steel and its grip looks like ivory. The sword is 39.5 in height but the blade is 32.5. The Battle of Trafalgar Sword of Admiral Lord Nelson alongside medals, jewels, and documents was unearthed in 2001 at the back of a hidden trunk that was owned by Nelson’s friend and is today, now a very important asset.

READ MORE: The 10 Most Expensive Starbucks Drink Ever 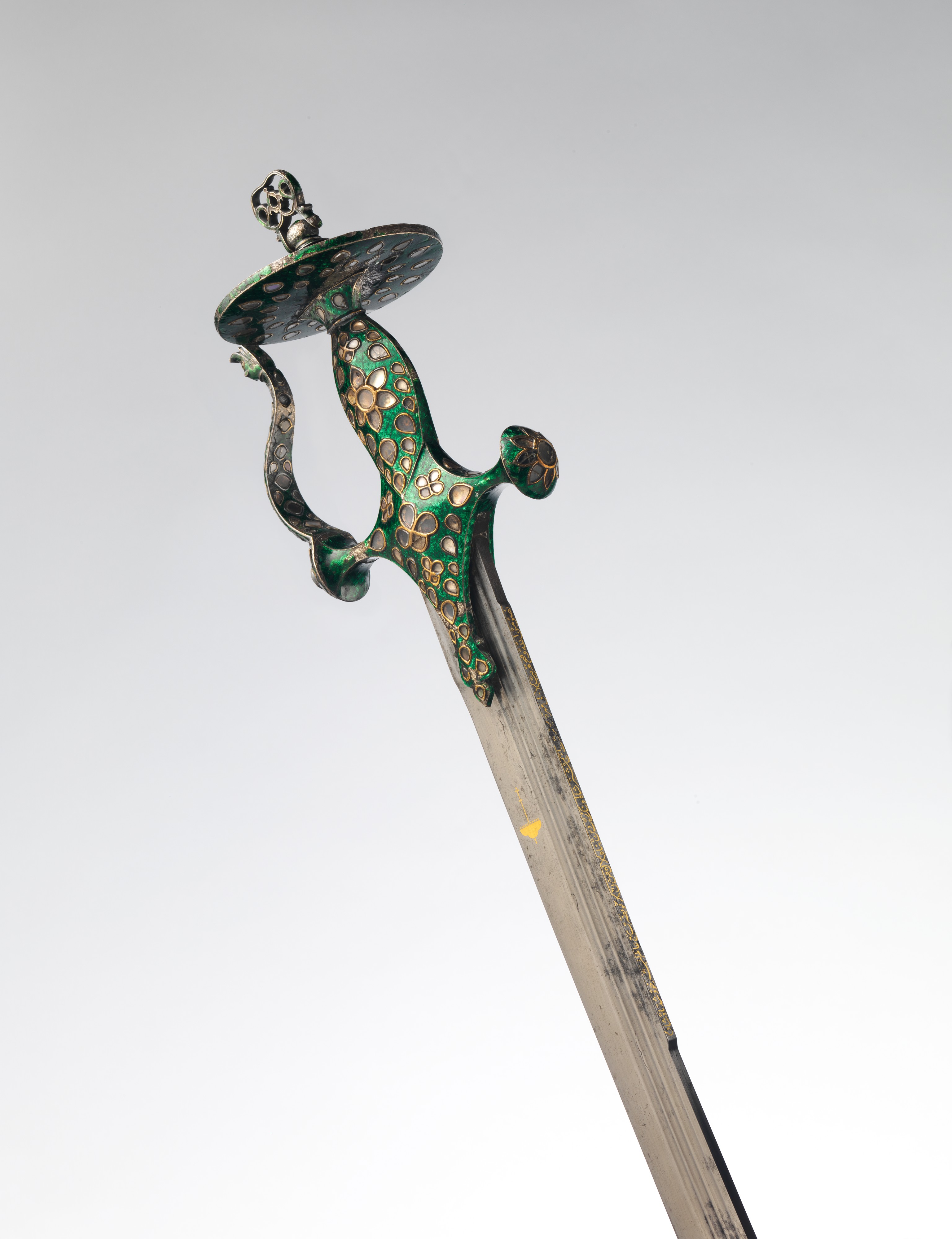 The origin of the sword dates back to the 17th century. It was crafted in 1637 or 1638 for the Mughal Emperor Shah Jahan.

Most people often confuse this sword with a Katana probably because of the curved design but they aren’t the same and they were developed in different empires. The Indian Talwar of Mughal Emperor Shah Jahan is decked with gold decorations which are overlaid. It also has inlaid gold epigraphs as part of his aesthetic work.

The sword cannot be omitted from the list of the 10 most expensive swords in the world because it cost almost a million dollars. Initially, the Sword was estimated to be sold for at least 60,000 pounds. However, the sword was sold for an amount quite bigger than that. In 2007, the sword was traded for a whopping 717,800 dollars. This weapon is a long knife which can also be called a sword. As the name implies, the weapon is a hunting knife owned by Emperor Qianlong, the 6th monarch of the Manchu-led Qing dynasty. It is speculated that the emperor used the sword as a hunting knife.

The sword is made up of quite expensive materials and this suggests why it is one of the most expensive swords in the world. The blade is made out of gold while its handles were carved from antelope horns.

Another interesting thing about this sword is that it has secret compartments which can be used to keep toothpicks. This is a special feature that makes the weapon unique from other hunting knives. In 2009, the sword was sold for $1.24.

READ MORE: The 10 Most Expensive Belts in the World.

When comparing the origin of swords, the sword of General Ulysses S.Grant is still new. It cannot be compared with a Katana that has been in use since the 12th and 13th centuries. The sword was owned by Ulysses Grant who was the 18th president of the USA.

He owned the weapon when he was the Commander General of the United States Army. He witnessed the American civil war and the sword might have been used during this war. When the sword was sold, it cost 1.6 million dollars.

The sword was decorated with 26 diamonds which carve out the owner’s initials: U.S.G. Those resemblances for creating this weapon made use of gold and silver in most of its crafting. It also features an American eagle which surmounts the goddess’ head. 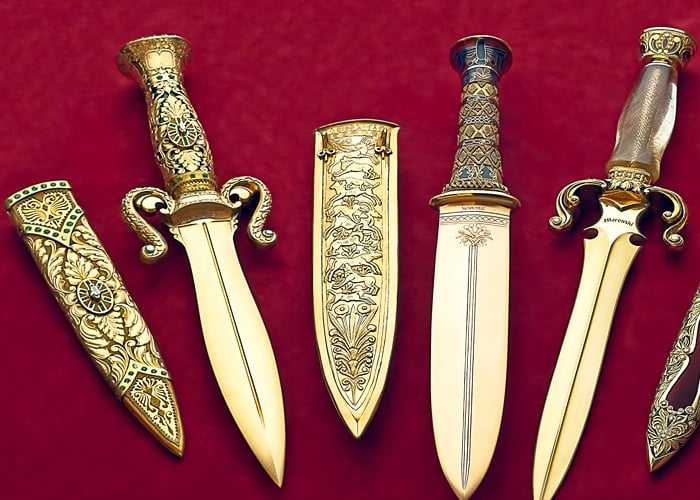 Buster Warenski is given accolades for the creation of this weapon. The blacksmith became prominent when he made a replica of the dagger of King Tut. He has a knife shop and his job was to create knives for others. It took Buster 10 years to complete this knife.

In the list of 10 most expensive Swords in the world,  the Gem of the Orient makes it to number five and it costs 2.1 million dollars. Initially, the sword cost 1.2 million dollars but it was later sold for the current price. The weapon is more like a knife but fits to be called a sword. The blade of the knife is made from Damascus steel-like material and it features a jade handle with 28 ounces of gold.

The weapon is regarded as the most expensive knife in history and is made from 10 karats, 153 emeralds, and 9 diamonds of 5 karats.

As the name implies, the sword was the personal dagger of Emperor Shah Jahan who was the 5th Mughal emperor and reigned between 1628- 1658. The Emperor’s name and the title are ascribed to the weapon and it confirms his owner in the past. The dagger was made in 1630 as a gift for the Emperor on his 39th birthday.

When accounting for the most expensive swords in history, Mughal Emperor Shah Jahan’s dagger cannot be exempted because it was sold for 3.3 million dollars at Bonham. The buyer of the weapon is unknown because the buyer’s identity is kept anonymous. 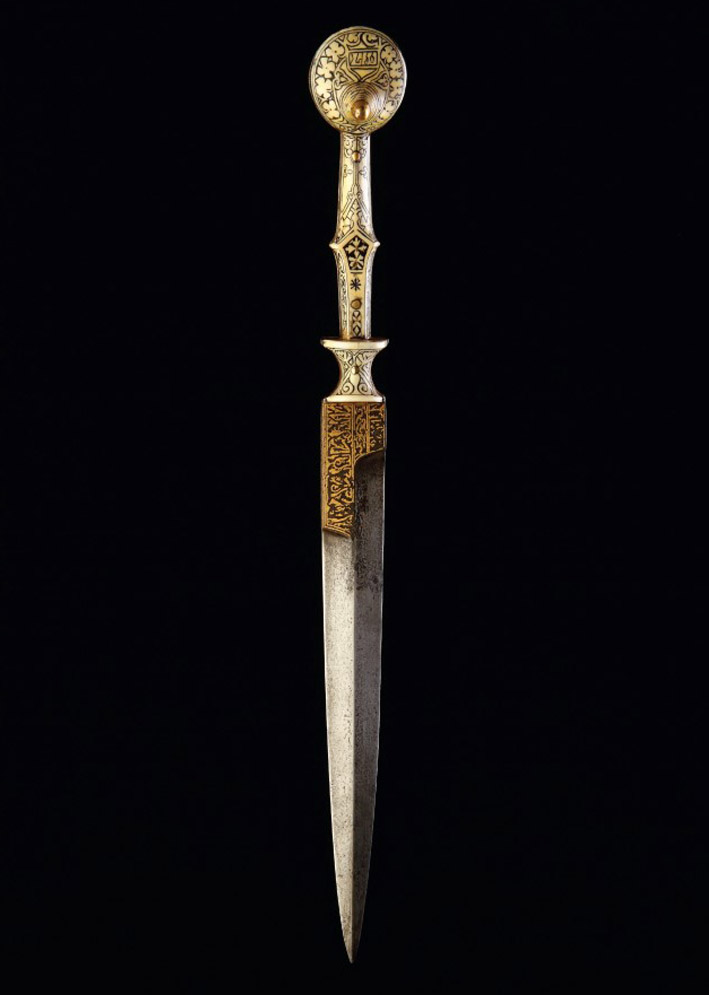 The double-sided blade sword has a total of 350mm and the length of the blade alone is 210mm. Despite being a short and small sword, it is one of the most expensive Swords ever created. When it was auctioned, it was sold for 6 million dollars.

READ MORE: Most Expensive Pocket Knives in the World. 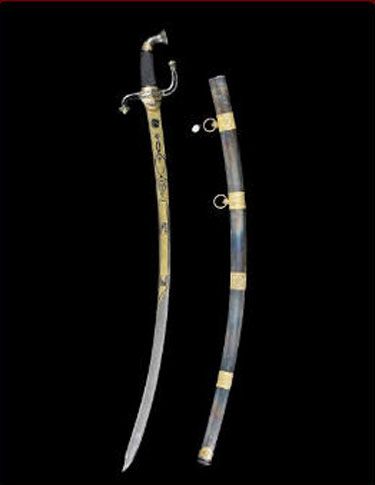 On number two, you get to know about Napoleon Bonaparte’s Sword which was used in the battle of Marengo. The sword is a curved blade and it is one of the most expensive Swords in the world. The sword is well crafted and often to be bought by others as one of the most beautiful swords ever created. Both the case and handle of this weapon were made from gold.

The sword was owned by Napoleon who was a luminary military commander and he used the weapon in the battle of Marengo in 1800, before becoming the emperor of France. Being the second most expensive sword, it cost 6.3 million dollars when it was auctioned. 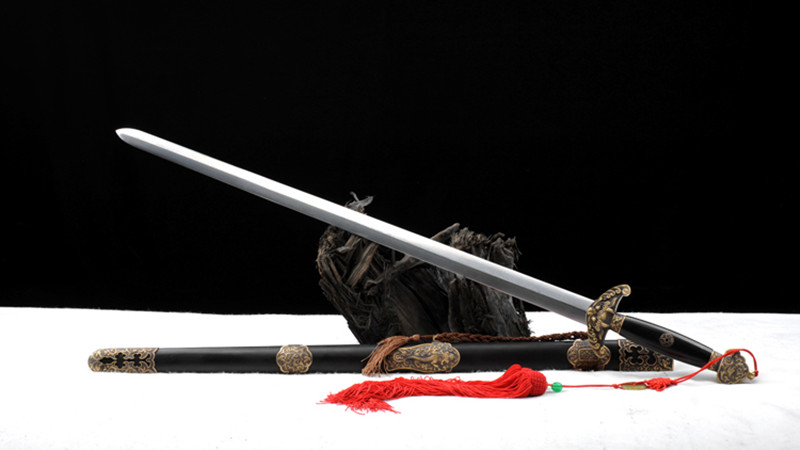 Between 1736 and 1795, the sword was crafted for a Chinese King. During this time, it was King Qianlong, the sixth emperor that was ruling over China. The sword was made with gold and silver and the blade is made from steel from the best metals of which copper and silver are part.

These are the most expensive swords in the world and they have reasons for being expensive, ranging from etymology or origin, owner, craftsmanship, quality and so on. Some of these swords were made with rubies and diamonds and they were once carried by luminary warriors in history. This explains why the swords are this expensive, they are no longer just weapons but an asset.