You may be wondering if there are really expensive underwear for the average person, and underwear is a basic necessity that they buy in bulk. However, some people spend lump sums to purchase their dream luxury underwear, which is highly priced. And by highly-priced, I mean way above $1000. If you think cashmere boxers worth $1000 are expensive, the underwears on this list are more. Here are the top 10 most expensive underwear in the world. 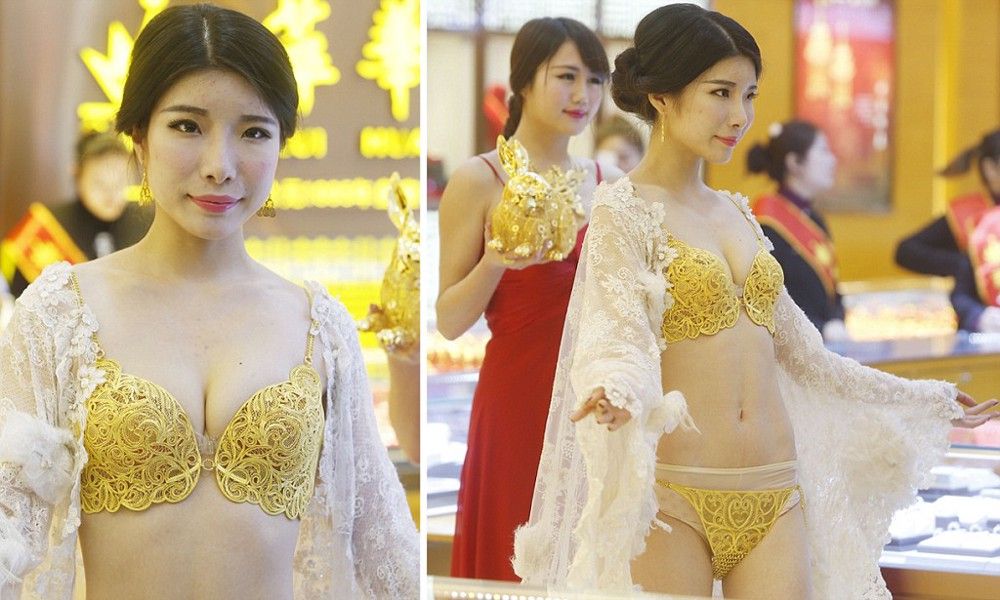 The gold lingerie made it to the tenth place on our list of most expensive underwear in the world. It has a glowing look that glitters no matter where the light hits it. Made from entirely precious metal, this flashy underwear features about 3 kilograms of gold.

Interestingly, it took about six months for these five jewelers to produce this breathtaking gold lingerie. It was assembled in Wuhan, China, and went for a selling price of $26000. Sadly, this piece of underwear is not for sale. It was put on display for three weeks.

When it was unveiled in 2007, a Chinese model rocked this luxury lingerie while wealthy fashionistas admired this creation. Though rumors have it that this lingerie was not properly advertised as the reason for its failed sale, it is considered a work of art and is not for sale. This gold lingerie is on display for interested viewers to take pictures and admire.

If you’re looking for underwear with a bit of royal touch, Kate Middleton’s Bra and Briefs set is just about the right underwear to look out for. Designed by Charlotte Todd, this sheer underwear was sold at an auction for a whopping $125000.

It was first worn by Kate Middleton during a St Andrews University Fashion show in 2002. This show was also graced by Prince William. Initially, this underwear was designed with no high price expectation. In fact, it wasn’t supposed to be a big hit until it was. In 2011, the price of Kate Middleton’s Bra and Briefs underwear set spiked to about $125,000 and was sold during an auction.

READ MORE: Most Expensive Hockey Sticks in the World 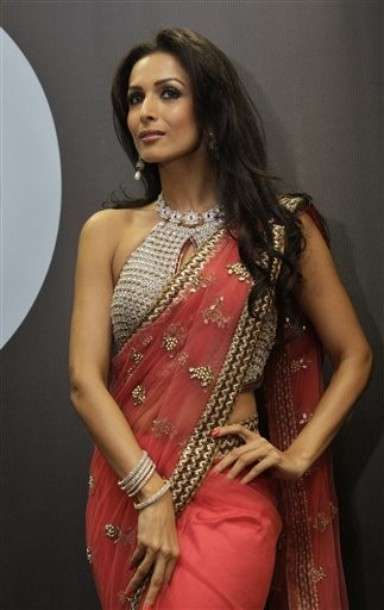 Taking the eighth spot is another pretty expensive pair of underwear known as the ORRA Diamond Bustier. This luxury bustier underwear was designed by the renowned international designer Anamika Khanna.

Interestingly, it is studded all over with over 500 carats of pure Belgian diamonds. What’s more, it took about six months for the designer to create and construct this piece of art. This ORRA diamond bustier is worth a staggering $1.3million.

You should know that this fancy underwear was crafted and designed for the Bollywood actress Malaika Arora Khan to wear for the Delhi jewelry exhibition. If you are willing to part with $1.3 million, you can purchase this stunning luxurious diamond bustier. 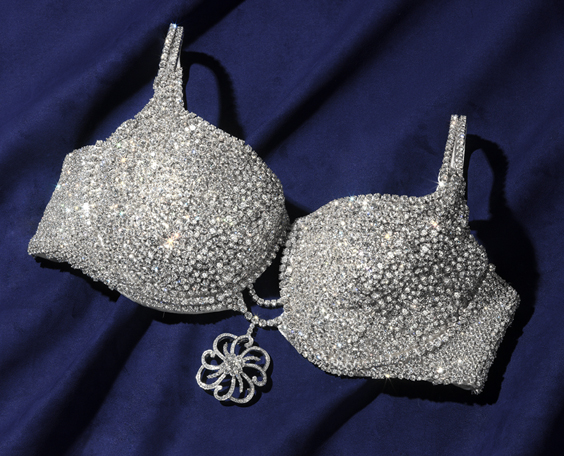 Hearts on Fire Diamond Fantasy Bra is next on our list of top most expensive underwear in the world. This stunning lingerie set designed by the popular Victoria secret is simply amazing. One look at this underwear, and you’ll fall in love with its striking look as it glitters all around.

This lingerie set shows off a 10-carat diamond brooch in its center, as well as a Victorian floral motif that embodies glamour, romance, and sophistication. It was created exclusively by Hearts on Fire for Victoria’s Secret. Hearts on fire diamond fantasy bra is truly a masterpiece.

After it was released in 2006, Karolina Kurkova modeled this lingerie. This luxury bra is valued at an astonishing $6.5 million. It took about 20,000 hours of labor to perfectly polish and cut this diamond. This fantasy bra features 2000 hearts of fire diamonds and at least 300 man-hours to design and fabricate.

Millennium Bra is another expensive top bra to look out for. Known not only for a stunning two-piece bikini but also for its diamond-shaped cut features. This millennium bra also features diamond-cut sapphires and diamond ropes that make it appealing, fun, and expensive.

Millennium Bra debuted in 1999 and has gained prestige and made it to the list of most expensive bras in the world. It has also grown its worth and has been valued at $10 million. If you’re looking for an attractive, luxurious, and stunning expensive bra, then you can check out Millennium Bra. Like many of these bras on this list, the millennium bra is made of precious gemstones that are quite expensive. 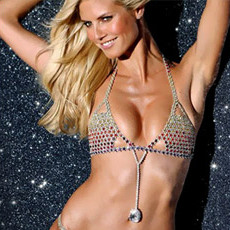 The name of the underwear says it all. If you’re looking for a very sexy luxurious lingerie, the Very Sexy Fantasy Bra should be your go-to option. This bra is a definition of sheer delight. It is a stunning piece of work that is pretty expensive. In fact, it was worn by the world’s highest-paid model Heidi Klum.

Very Sexy Fantasy Bra is custom-made underwear designed by the popular Victoria secret. As one of the famous underwear from the fantasy collection, it features a mesh design studded with jewels. Also, it infuses several colors in the set to make it appealing and eye-catching.

What’s more, it features a 70-carat diamond that was embedded as a centerpiece. When you take a look at this underwear, you’ll notice the diamond suspension on a bejeweled rope that swings as the wearer walks. It was valued at a staggering $11 million. The features of this bra alone make it worth the price.

Victoria Secret is a top lingerie brand that has produced some of the most high-profile luxurious underwear, and the Heavenly Star Fantasy Bra is another of their products. It debuted in its 2001 Victoria’s Secret fashion show and instantly gained popularity while still making headlines. This strappy creation was valued at an astonishing $12.5 million.

Heavenly star fantasy bra is all yours if you can part with such an amount of money. It was modeled by the popular Heidi Klum. It is a diamond-encrusted bra that speaks for itself. It is appealing to the eyes and is definitely worth the price of its value.

Sexy Splendor fantasy bra is a blood-red bra and panties specifically designed for luxury. It features several precious metals and flashy gemstones such as rubies and diamonds, carefully placed under a layer of white gold.

This luxurious-looking underwear was first shown at Victoria’s Secret fashion show in 2005. But that’s not all; it was also worn by the world-renowned model Heidi Klum. Not only is this underwear pleasant to the eyes, but it also speaks of more than just beauty. It speaks of class, luxury, and extravagance. It was valued at about $12 million, which is pretty much expensive.

READ MORE: Most Expensive Perfumes in the World

On our list of top most expensive underwear in the world, Red Hot fantasy Bra and panties take second place. This gorgeous-looking underwear set is so expensive and goes for a staggering $15 million. This scarlet designed underwear was worn by Gisele Bundchen during the Victoria’s Secret Fashion Show in the 2000s.

Before the crown was taken by Susan Rosen Diamond Bikini, Red Hot Fantasy Bra and panties held the record of the most expensive lingerie ever created. What makes it even stand out is how well it is designed. This bra set is entirely covered in rubies, giving it an intense feel.

Since it is covered in precious stones, this underwear is pretty valuable and expensive. Though you may experience some discomfort when putting this underwear on, what’s a little pain when you’re wearing underwear made solely from gemstones? 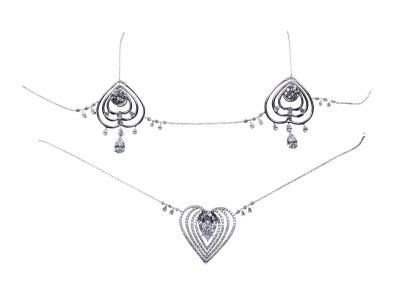 Here’s the top on our list of most expensive underwears in the world; the Susan Rosen Diamond Bikini. Not only is this underwear a beautiful sight to behold, but it also has a unique design that makes it stand out.

This stunning bikini is no ordinary one as it features diamonds of all sizes arranged to produce something intricate and fascinating. A look at this stunning creation, and you’ll notice the thin diamond ropes used in the design. Interestingly, it was created by the upscale and renowned designer Susan Rosen.

In 2012 when this underwear made its debut, it was worn by the model Molly Sims. Susan Rosen designed this underwear for a sports illustrated cover, and it is valued at an extravagant $30 million.

Sometimes it is about making a fashion statement; sometimes, it is about luxury or even out of necessity. But whichever it is, there are pretty expensive under-wears that people would pay a fortune to own. We have created a top list of the most expensive underwear wear in the world. Would you be willing to part with such huge sums to have any of this luxury lingerie or bikinis?