There are materials that we all know to be expensive, and woods are not on that list. However, certain types of wood will leave a big hole in your pocket. These types of wood have distinct features that shoot up their market price.

These features vary from aesthetic finish to durability, resistance to water, density, and resilience. The value may also rise because of how difficult it is to work with the material. So please read on as we explore the top 10 most expensive woods, where to buy them, and what makes them so expensive. 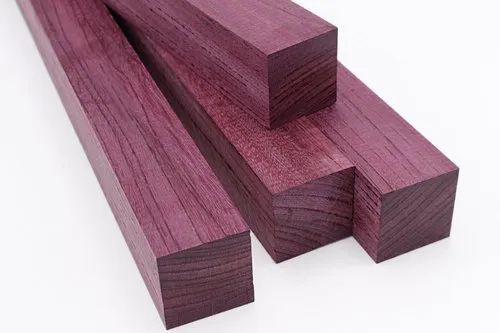 Purpleheart wood has many names. It’s also called violet wood, Amendoim, Amaranth, and its official name, Peltogyne. This would get his name because after it is cut down, the brown color of the Hood changes to purple because of exposure to light.

Purpleheart wood makes its way into our list of most expensive woods because of its durability. It is also challenging to work with and requires having the right tools to work with, for example, making the wood flat can pose a challenge.

It is also rare, found mainly in Central America, which also adds to its value. The Purpleheart wood is also water-resistant, making it ideal for boat building, flooring, and decking. A piece of Purpleheart wood costs between $10 and $40. 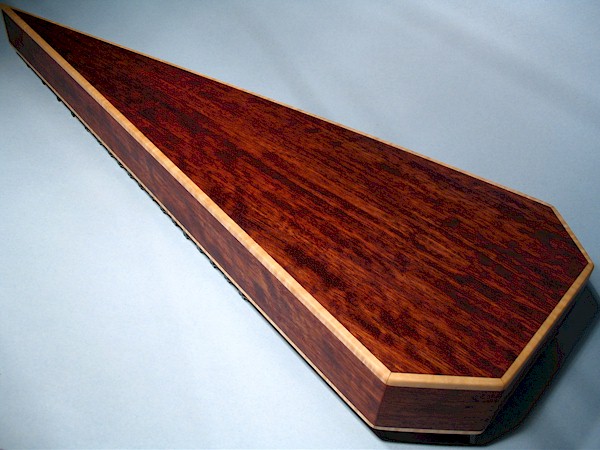 Bubinga wood is native to West African countries like Congo and Angola, and Gabon. You find it near lakes and Rivers. Bubinga is valuable for its versatility the used for different purposes like flooring, joinery furniture, and decorative paneling. It’s also strong and durable, another reason for using it in such a manner.

Away from interior decorations, Bubinga is also used for musical instruments like harps and bass guitars. One reason for using Bubinga for these is it produces mellow and balanced sound. The different grain patterns of the wood also make it an aesthetic choice. The trick is to apply Tung oil for the finishing, which brings out its various tones of red.

This wood, the second on our list of most expensive woods, has other names like African rosewood, Rhodesian copal wood, and amazique. Bubinga costs as high as $25 per board foot. 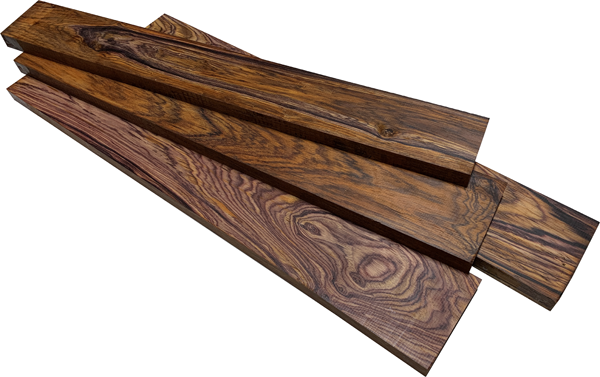 The next on our list of most expensive woods are the cocobolo tree, which is another rare wood found in Mexico and Central America. It is distinct for its reddish-brown or orange color and dark irregular lines that weave through the wood. The most valuable part of the cocobolo tree is the heartwood, which changes color after being cut.

Cocobolo is strong, durable, and heavy. It is water-resistant and also resistant to most preservative treatments. Its water-resistant properties make it ideal for architectural woodwork, musical instruments, and furniture. It’s also used for tool handles scientific instruments and turnery.

Another distinguishing feature of the cocobolo wood is its floral scent. It is also easy to work with. Cocobolo wood has a high market demand which has pushed its market value relatively high. It is also quite difficult to find outside of its protected areas. Therefore a piece of cocobolo wood can cost as high as $600.

Lignum Vitae belongs to the few kinds of woods with a prize valued by weight rather than by size. Most woods are sold by size, but Lignum Vitae is an exception. That alone is enough for the wood to enter our list of most expensive woods. It’s also known as guayacan or guaiacum.

Lignum Vitae is the national flower of Jamaica, and in the Bahamas, it is their national tree. Its wood is known for its extraordinary combination of density, strength, and toughness. Lignum Vitae is one of the densest woods on earth. Though it now grows in some parts of Europe, it originally grows in some countries in South America and Central America.

Its name is of Latin origin, and it means “wood of life”. It got its name because it also has medicinal uses, and its resin is used to treat various medical conditions from arthritis to coughs. Chips of its wood are also used to brew a type of tea. Lignum Vitae costs about $5 per pound. 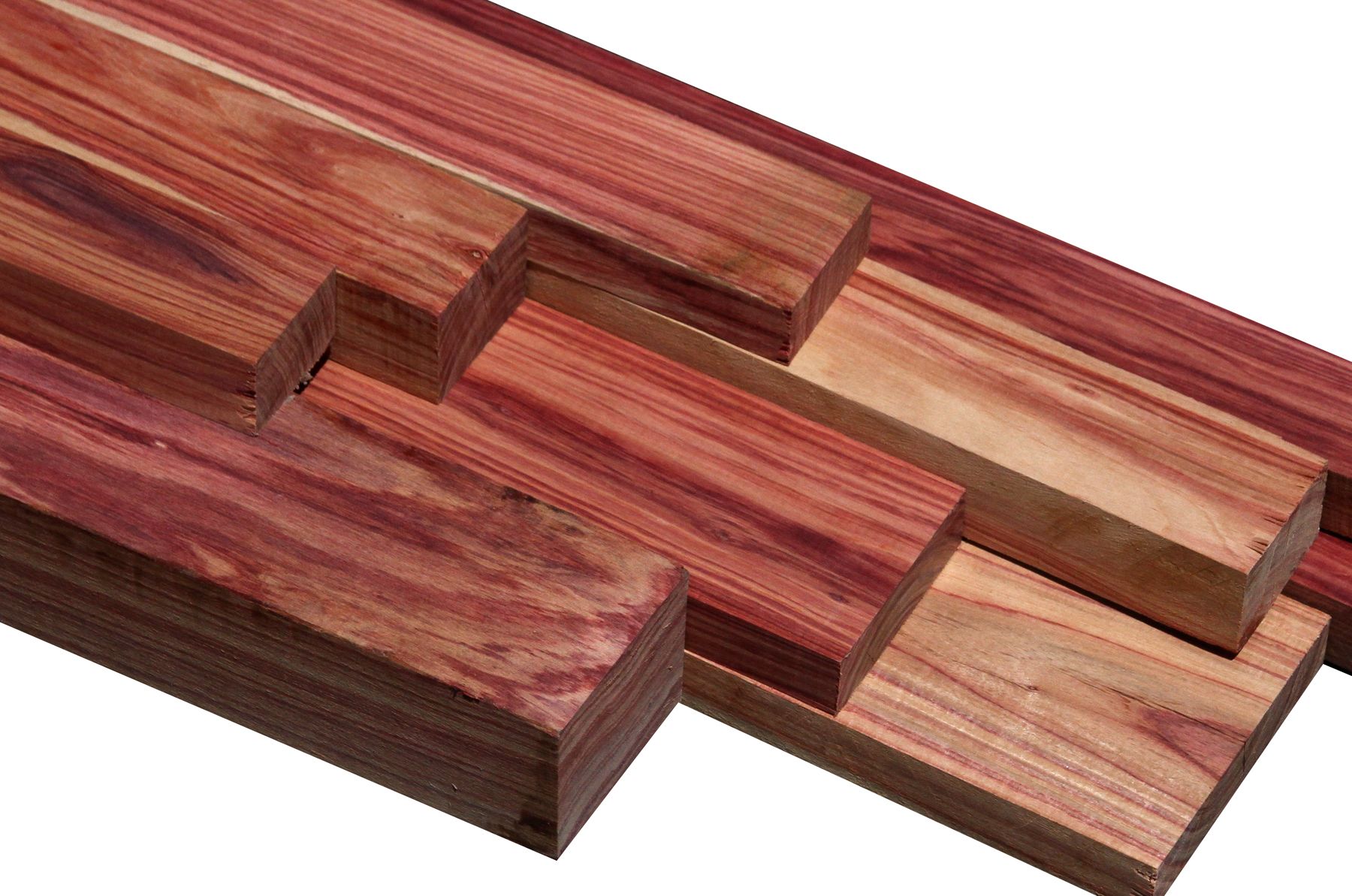 Another entry into the list of most expensive woods is the Dalbergia. It is a species of rosewood found mainly in India. Dalbergia is rare, with the most costly type found in dense forests and challenging to reach. It is also challenging to work with, and finding someone capable of working with Dalbergia is no mean task.

However, Dalbergia’s properties, like resilience and durability, make it an excellent material for furniture. Its exportation is highly regulated because of recent high rates of Dalbergia tree death from unknown causes. This has further increased its value, with a piece of Dalbergia costing about$16 per foot. Dalbergia has a less expensive species found in South America, and it’s pretty popular in Brazil.

READ MORE: Most Expensive Shampoos in the World

The next entry into the list of most expensive woods is the Agarwood, also called eaglewood, Aloeswood, gaharu, and agaru. It is a dark, fragrant, resinous wood used in perfume, incense, and small carvings. Agarwood grows in Laos, Thailand, North India, Himalayas, and Myanmar.

Originally, Agarwood is an odorless, pale-colored, and relatively light wood. But after a particular type of mold infects the wood, it produces a dark aromatic resin as a response to the attack. The result is a very dark and dense resin-embedded heartwood.

First-grade agarwood is one of the costliest natural raw materials on earth. It is also valued in weight rather than size and costs about $100 per kilogram. Besides the wood, the oil extract from the wood also has commercial value in several countries, as it is used in religious rites and also has medicinal properties. 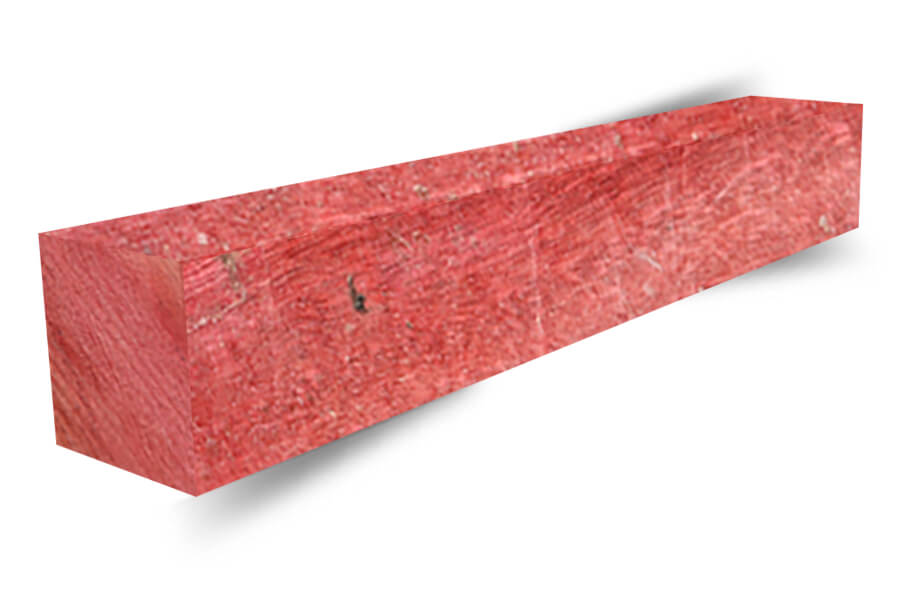 Pink Ivory, also called purple ivory and red ivory remains one of the most coveted and elusive among several exotic kinds of wood. It grows predominantly in South Africa, Zimbabwe, Mozambique, and Northern Botswana. It is so precious that in ancient times, no one could have it except a Zulu king.

The rule was so severe that the penalty for breaching it was death. Some experts still value Pink Ivory more than diamonds, claiming the wood is rarer than the gem. One feature of Pink Ivory is that it comes in various shades of pink. It is used for knife handles, billiard cues, and carvings. It also costs about $10 per board foot. So, yes, it belongs on the list of most expensive woods.

The Ebony is a very durable and resilient wood, able to last a lifetime. This makes it fit for various uses, from furniture to objects like combs, cups, knives, and musical instruments. It is primarily found in western African countries like Cameroon.

Ebony is so dense that it sinks into the water. The grains have a fine texture, and after polishing, it has a mirror finish. This makes ebony coveted as an ornamental wood. It has been in use since the 16th century. Ebony is another wood valued in weight instead of size and costs up to $10,000 per kilogram.

Indian sandalwood is a small tropical tree native to Southern India, China, Indonesia, the Philippines, and Australia. It is the traditional source of sandalwood oil, and some religions consider the tree as sacred. Other cultures value its medicinal and fragrant qualities. Its colors vary from red to brown to dark grey.

Indian Sandalwood has become rarer in recent times because of uncontrolled harvesting. The IUCN Red List also considers it vulnerable, and India has banned its exportation to protect it. A ton of Indian Sandalwood costs between $30,000 and $85,000.

READ MORE: Top 10 Most Expensive Tractors in the World

The final entrant on our list of most expensive woods is the African Blackwood. It grows in some countries in Africa like South Africa, Senegal, and Eritrea. It is a dense and lustrous wood with colors ranging from red to black. African blackwood with an ‘A’ grade rating is worth a lot of money on the timber market.

It is valuable for its density, machinability, moisture resistance, and dimensional stability. These are features especially valuable in woodwind instruments like piccolos, clarinets, transverse flutes, etc. It costs about $100 per board foot. It also has a unique feel.

That is our list of the 10 most expensive woods. Each has its distinguishing feature that contributes to its value. However, most have one thing in common, rarity. Either because of heavy harvesting or the difficulty of location, the rarity of these woods has helped push their values even higher. Nonetheless, they are all worth every penny.

Essential oils can also be referred to as ethereal or volatile oils. They are oils from plants. Essential oils are used in cosmetics, beauty products, perfumery, and health…

Most people cherish the Ruby stone. It is a beautiful gemstone used to create other beautiful expensive things ranging from bags, clothes, necklaces, and so on. Ruby is…

A brand like supreme lives up to its name. It is a foremost luxury brand founded in New York City in 1994. The Supreme brand was formerly concerned…

There are pretty expensive ones made of several carat diamonds, sapphires, and pure gold when it comes to shoes, particularly high heels. They are more than just shoes…