When considering the most fascinating toy to play with as a kid,  Yo-yos cannot be left out. It is a very common kind of toy used by many while growing as kids. Since 500 BCE, this toy has been identified and it was called a bandalore around the 16th and 17th centuries.

A Yo-yo comprises an axle attached to two discs, and a string spiraled around the axle, identical to a spool. In this article, we’ll be going over 10 of the most expensive yoyos in the world. You get to know about the exact price they are worth and how they were acquired. 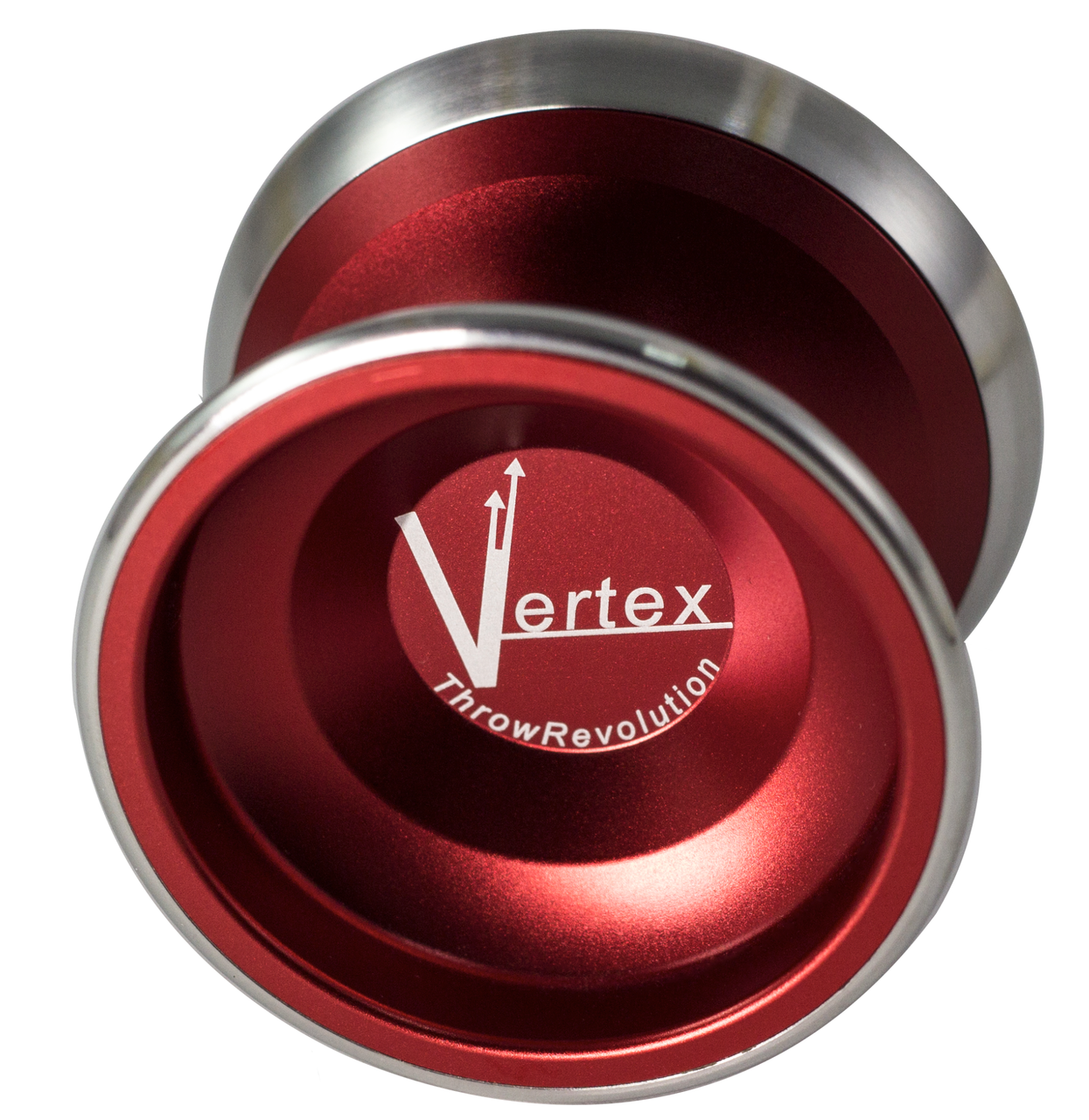 The throw revolution vertex Yo-yo by Throw Revolution was revealed in 2015.  It was the first Yo-yo by Marcas Koh who was the  2011 1A World Champion. The Yo-yo has the following specifications: a 56.02 mm diameter, 42.54 mm width, 65.4 grams weight, a stainless steel rim, and aluminum body material, a large size, and inverse round shape.

The Vertex is known to have speed and it works with stability. In case you may want to acquire one, it is a very good choice for a Yo-yo game or even competitions. The Yo-yo is very fast and plays out your moves quickly. The Yo-yo makes it to number ten of the most expensive Yo-yo in the world. The Yo-yo costs 179 dollars. 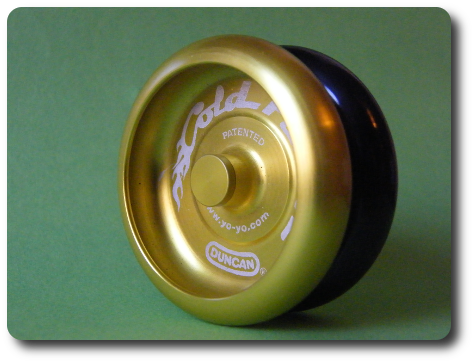 The Duncan cold fusion Yo-yo was manufactured by Duncan who is known to have created other Yo-yo toys. The Yo-yo was first created in the early 2000s with a modified shape and this shape is retained to date. The Yo-yo has the following specifications: different colors like yellow, black, and red, 60 grams of weight, 57mm diameter, 29mm width, made from aluminum, a size A Duncan bearing size, and a BPT (Brake pad Technology) response system.

Duncan’s cold fusion is cold so when Duncan inherited the design after buying the playmaxx company. Playmaxx and custom Yo-yo were competitors in the Yo-yo business not until Duncan inherited Playmaxx and there was a settlement between the two. Today, one of these Yo-yos costs 250 dollars and it is one of the most expensive Yo-yos in the world.

READ MORE: The 10 Most Expensive Homes in USA 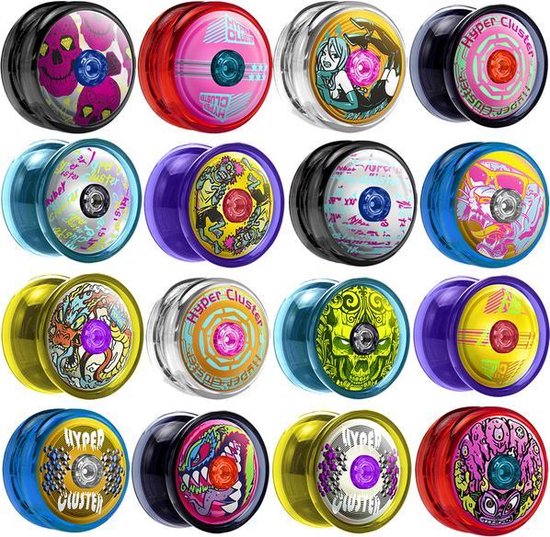 The hyper cluster Yo-yo was created by Bandai and it was introduced during the third Hyper Yo-Yo series in 2011. About the hyper cluster Yo-yo’s body, it has two halves but the shape determines the playing style. It also has ports where the components of the Core can be attached. The Yo-yo is one of the most reliable because of its durability and quick response whenever any move is played.

The Yo-yo has a pretty cool specification which includes: 61.06mm diameter, 40.44 widths, and 51.6mm gram weight. The Yo-yo is made with a string-on-string system.

This Yo-yo is always active and can be used to play amongst friends for good results. It has a size A bearing and a plastic body. To acquire one of these costs 318 dollars and this makes it one of the most expensive Yo-yo in the world. 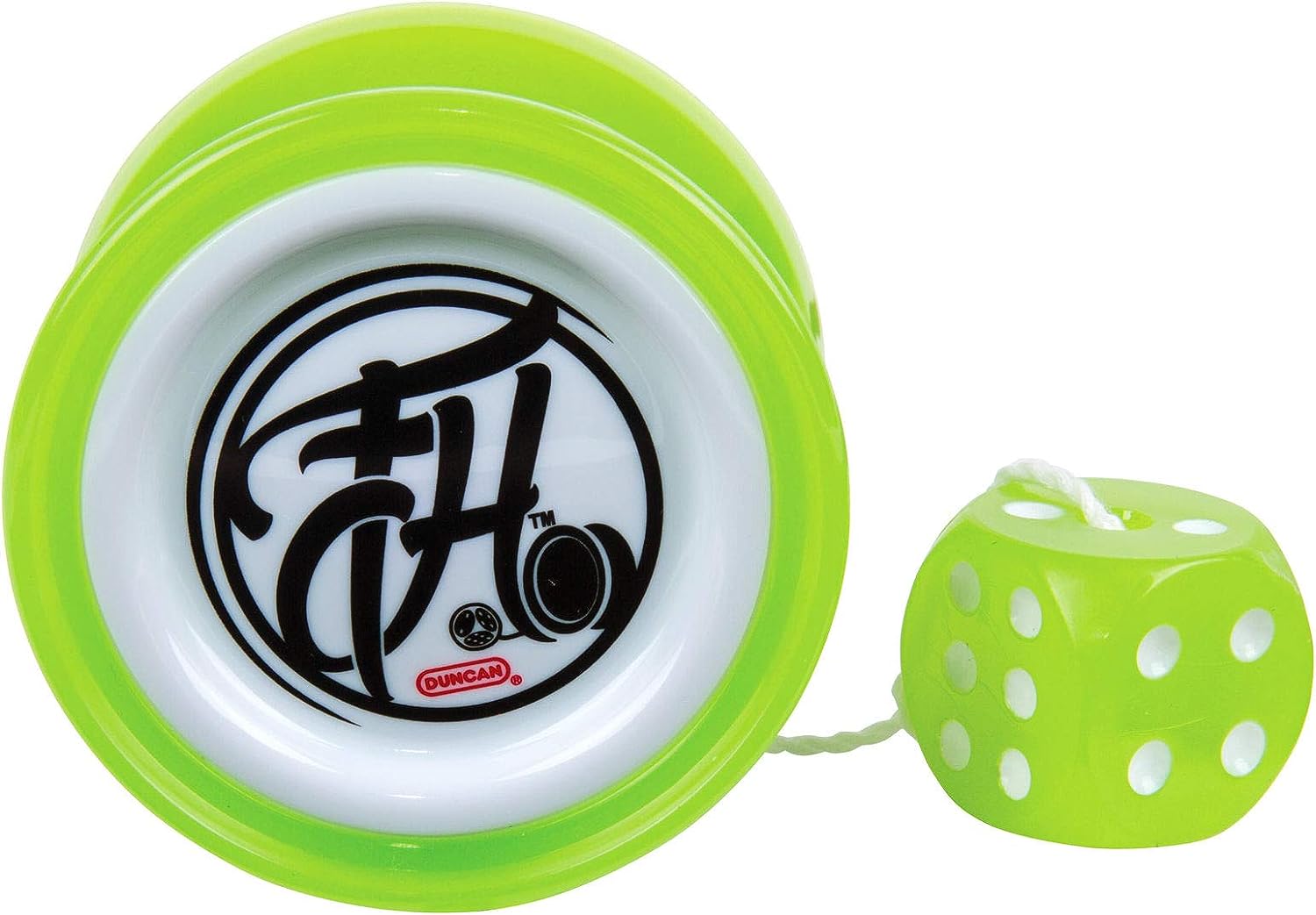 The Duncan Freehand Mg Yo-yo is one of the most expensive Yo-yo ever sold. It was created by Duncan in 2004 and was later discontinued in 2014. It is made with 99.5 percent of magnesium and about 0.5 of other materials to give it stability and make the metal stronger. The first releases of the Mg were either red or matte silver in color. Later on, other colors were introduced.

The Yo-yo has the following specifications: a butterfly shape, various colors, weighs 66 grams, 60mm diameter and 36mm width, 99% magnesium, size A ceramic, and friction stickers among others. One of these Yo-yos sells for 450 dollars. It assures good value for money because of its quality, durability, and flexibility. 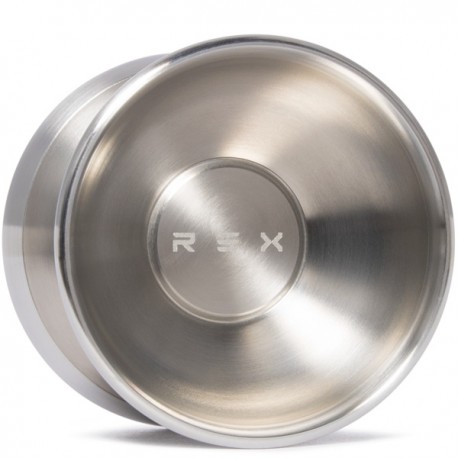 When considering an advanced Yo-yo, The Magic Yo-yo REX is an advanced full-size Yo-yo made from stainless steel. Almost all part of this Yo-yo is made of a titanium body and stainless steel rims which gives it a shiny and beautiful look.

This Yo-yo is very unique and kind of different from other Yo-yos. The Yo-yo spins with intriguing and amazing power and puts you ahead of another competitor.

The Yo-yo has the following specifications: 57.00mm diameter, 43.30mm width, weighs 65.8 grams, titanium body, and stainless steel rims among others. Yo-yo is one of the most expensive Yo-yos in the world. Buying one of these costs a whopping 469 dollars, that’s approximately half a thousand dollars. The Fulvia Bi-Titanium BTM Yo-yo was manufactured by Luftverk Titanium supply Co. The Yo-yo was first released on May 31st, 2016. The Yo-yo is made up of titanium with stainless steel weight rings. The Yo-yo has an H shape and looks polished. This Yo-yo is one of the most expensive Yo-yos in the world. It costs over half a thousand dollars. The most common price is 550 dollars.

The following are other specifications of the Yo-yo: H shape, polished color, weighs 63.3 grams, 56mm diameter and 43mm width, size C grooved 10 balls bearing size. One of the most incredible things about this Yo-yo is that it looks very attractive and is very durable when used. 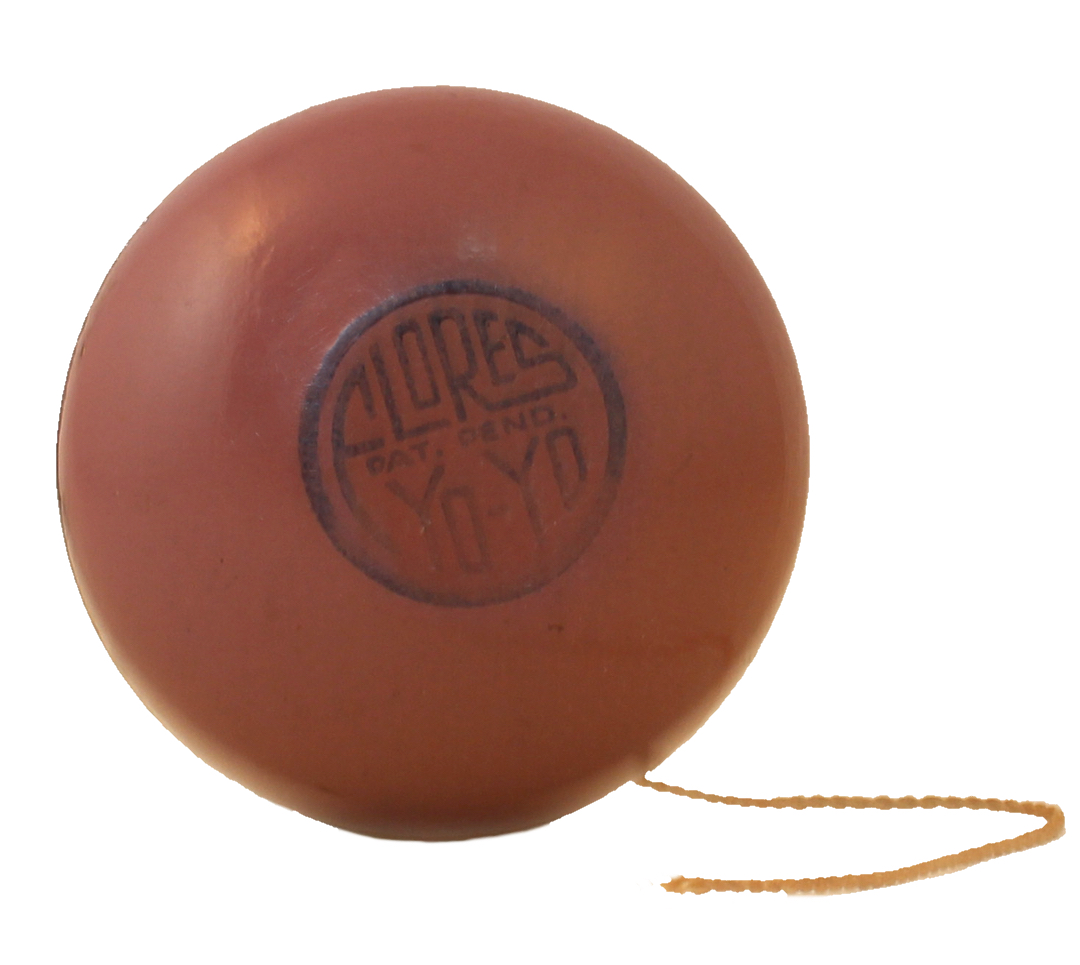 This Yo-yo is named after Pedro Flores who was a US immigrant from the Philippines. Back in 1928, Flores built the first Yo-yo factory in California. The original Pedro Flores Yo-yo was first developed around 1929 to 1930. This Yo-yo is made from wood and steel and it is appreciated for its unique and quality look.

The following are the specifications of the Yo-yo: round shape, five-age paint chips on the face, wood and steel body and minor rim wear among others. This Yo-yo isn’t too susceptible to find, in case you have one, you’re holding a piece of diamond in disguise. This Yo-yo costs 896 dollars. 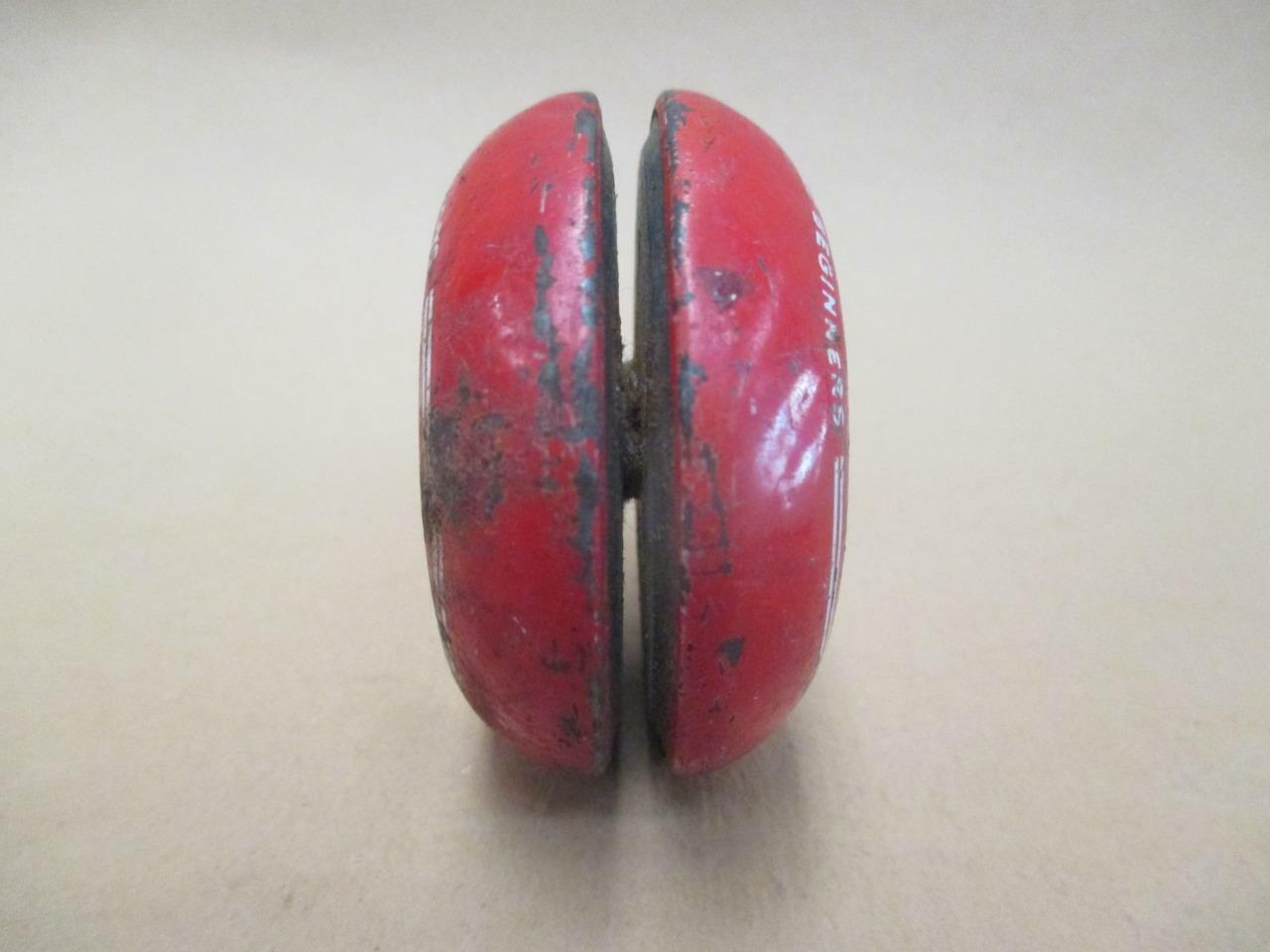 The third most expensive Yo-yo in the world is the 1958 Duncan Sprite boy 1 Australian coca-cola Yo-yo. The Yo-yo is currently auctioned on eBay but the recognized price of this Yo-yo is 1399 dollars. The Yo-yo features interest from several other buyers on eBay. Most Yo-yo lovers will recommend this Yo-yo to anyone because of the comfort it gives to the users.

As the year suggests, the Yo-yo was first created in 1958 and it has Coca-Cola printed on its body. However, people argue that it was used to market the popular soft drink.

The claim can be true though. It has a very unique and flawless feature that makes it difficult to believe that it originated in the 1950s. To date, it is believed to be one of the best Yo-yos in history. Shinobu is a Japanese Yo-yo modder and has received several accolades for being the most respected Yo-yo maker. As the name of the Yo-yo implies, Shinobu Konmoto named it to remind every user of their childhood memories. The Yo-yo is known to have a gorgeous look and a shiny design and it costs a whopping 5000 dollars.

READ MORE: The Most Expensive Swords in The World. 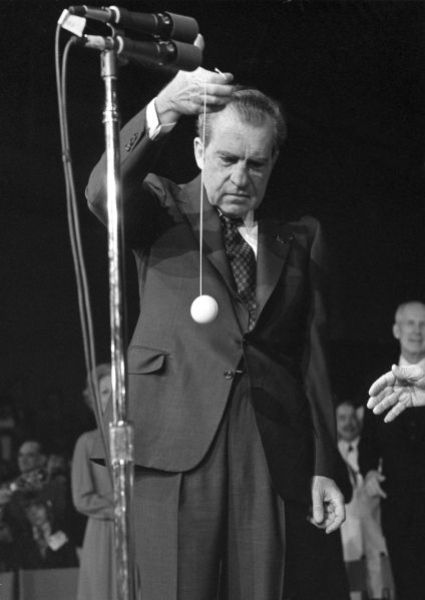 Finally on number one is The Richard Nixon Yo-yo. This Yo-yo is the most expensive in the world as it costs over ten thousand dollars.

The Yo-yo was first acquired by Richard Nixon who was a former president of the United States of America. The president first used the Yo-yo at the Grand Ole Opry house. The president was taught by Roy Acuff how to use this unique toy.

The Richard Nixon Yo-yo was auctioned in 2020 at Acuff estate and an anonymous buyer paid 16,029 dollars before he or she could take the Yo-yo home. The auction made this Yo-yo the most expensive in the whole world. However, records are meant to be broken, a more expensive Yo-yo may be bought in the coming years.

In conclusion, this is the list of the most expensive Yoyos and they have certain reasons why they are expensive. Some were owned by popular figures while others have been existing for years. Before reading this article, did you know one Yoyo could cost a whopping 16 thousand dollars? Now you do.

Alfa Romeo is one of the world’s oldest and most famous luxury car brands. Their cars are so impressive that an Alfa Romeo fan wouldn’t mind owning the…