Mona Lisa is a valuable painting recognized worldwide as probably the most famous work of art in existence.

In fact, its worth is close to a billion dollars. Before now, the Mona Lisa was just another Renaissance masterpiece until its theft in 1911, which led to its worldwide fame, making it a pretty expensive piece of art.

If you want to know why the Mona Lisa is so expensive, here’s what you should know. 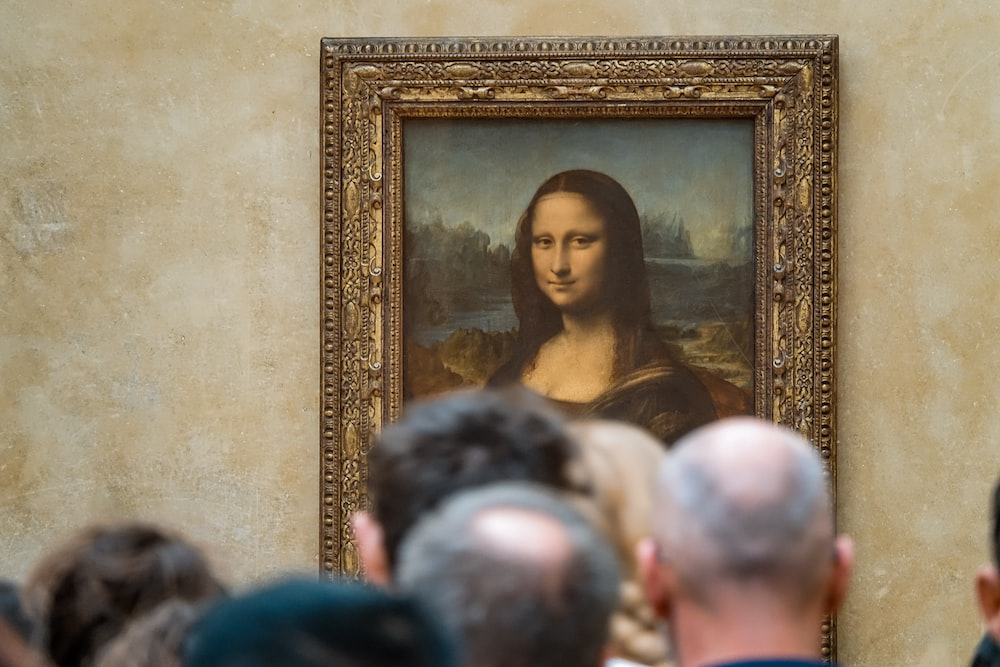 Why is the Mona Lisa so expensive?

The Mona Lisa might look like a regular painting of a woman, yet it is famous and one of the most expensive paintings on earth. And I know you’re wondering why this painting is as expensive as it is. So you’ll find out;

1. Fame: Mona Lisa is expensive for a couple of reasons. The first is that of fame. Mona Lisa is so famous, and this made it appreciate. The popularity of this painting has made it the most expensive painting globally.

It will also interest you that the Mona Lisa became a famous and expensive painting because of its theft in 1911. Mona Lisa was stolen from the Louvre museum of France and was missing for about two years with no trace.

The news of its theft made the painting receive considerable interest from collectors and tourists worldwide. It became a high sensation as news and documentaries about its theft started making headlines.

Newspapers and TV channels published stories like articles and documentaries about its abduction. In fact, people flocked to the museum to see the space where the painting was hung before it was stolen.

The news of the theft spread so fast that it received worldwide recognition. After two years, Mona Lisa had become a famous masterpiece that people will pay a fortune for when the painting was rescued.

2) The magnificence of the Mona Lisa: Another reason the Mona Lisa is so expensive is that the painting itself is significant.

It is a magnificent piece of art that is outstanding, incomparable, and aesthetically pleasing. The artist Leonardo Da Vinci used several innovative and unique techniques to create the Mona Lisa, redefining the rules of contemporary arts.

Interestingly, not only is this painting considered valuable, the style of artistry used by Leonardo da Vinci became an integral part of the curriculum in art schools.

One technique Da Vinci created was the sfumato technique, which translates to “without lines or borders, in a manner of smoke.”

Unlike other artists, Da Vinci drew without creating outlines. Instead, he employed different hues to create the illusion of light and shadow. There is the use of dark undertones, making the portrait bear an illusion of three-dimensional features, including semi-transparent glazes and thin layers.

Also, the Mona Lisa differs from other paintings. Unlike the usual drawing style, Mona Lisa has other unique features. This painting carries a distinct grace of fascinating aspects like the landscape of mountains and rivers in the background.

Da Vinci’s skills in this artwork alone made the creation loved and desired by many. The work has been described as a magnificent work of art, seeing that Da Vinci took time to show the complicated nature of man. For this reason, the Mona Lisa became ridiculously expensive.

Since he was one of the famous artists in the Renaissance period, his art increased. Hence, the Mona Lisa is considered the most expensive painting today.

So this painting has increased in value. It is surrounded by many mysteries that make it fascinating to the public. One of the many mysteries of the painting is the missing eyebrows.

If you inspect the Mona Lisa, you will notice the eyebrows are faint and unclear. Meaning you would hardly see it. A French engineer and inventor, Pascal Coste, 2007, explored the painting with a high definition camera and concluded that the Mona Lisa has faint lashes and eyebrows.

Another mystery behind this painting is that some people claim the portrait is of a female, Da Vinci. In contrast, others believe that the woman in the painting was a noble Italian named Lisa del Giocondo.

In Da Vinci’s lifetime, it is said that he made only 20 canvas paintings, making the portrait rare. The rarity of this painting has also elevated the value of the Mona Lisa.

5) The smile of the Mona Lisa:

The smile of the Mona Lisa is one of the many reasons art enthusiasts and connoisseurs scurry around to see it.

The painting has become so unique and famous for its smile. Some interpret the smile as deceptive and sad, while others interpret it as happy.

The smile has received several interpretations from viewers, making the painting unique for being an accurate picture of art and that glorious smile. The fascination with the Mona Lisa’s smile also made the painting quite expensive.

Viewers still visit to get their interpretation of the smile firsthand. You can see the Mona Lisa smile if you gaze into her eyes.

Who Painted the Mona Lisa?

It is impossible to talk about the Mona Lisa without mentioning one of the greatest artists of all time, Leonardo da Vinci. We have celebrated his works for their creative and artistic prowess.

He was not just an artist; he was a scientist and inventor of the Italian Renaissance period. Most people refer to him as the most remarkable polymath of all time because of his versatility. He was also called the Renaissance man, and this coinage is used to date to describe people who are versatile in talent.

His other famous works, like the Vitruvian man, self-portraits, designs for aircraft, and sketches, are recognized. Some illustrations were used for anatomy, some as sketches for other drawings. Leonardo da Vinci, however, is most famous for the Mona Lisa, which he painted between 1503 and 1506 AD.

READ MORE: 10 Most Expensive Supreme items In The World

What makes the Mona Lisa smile so special? 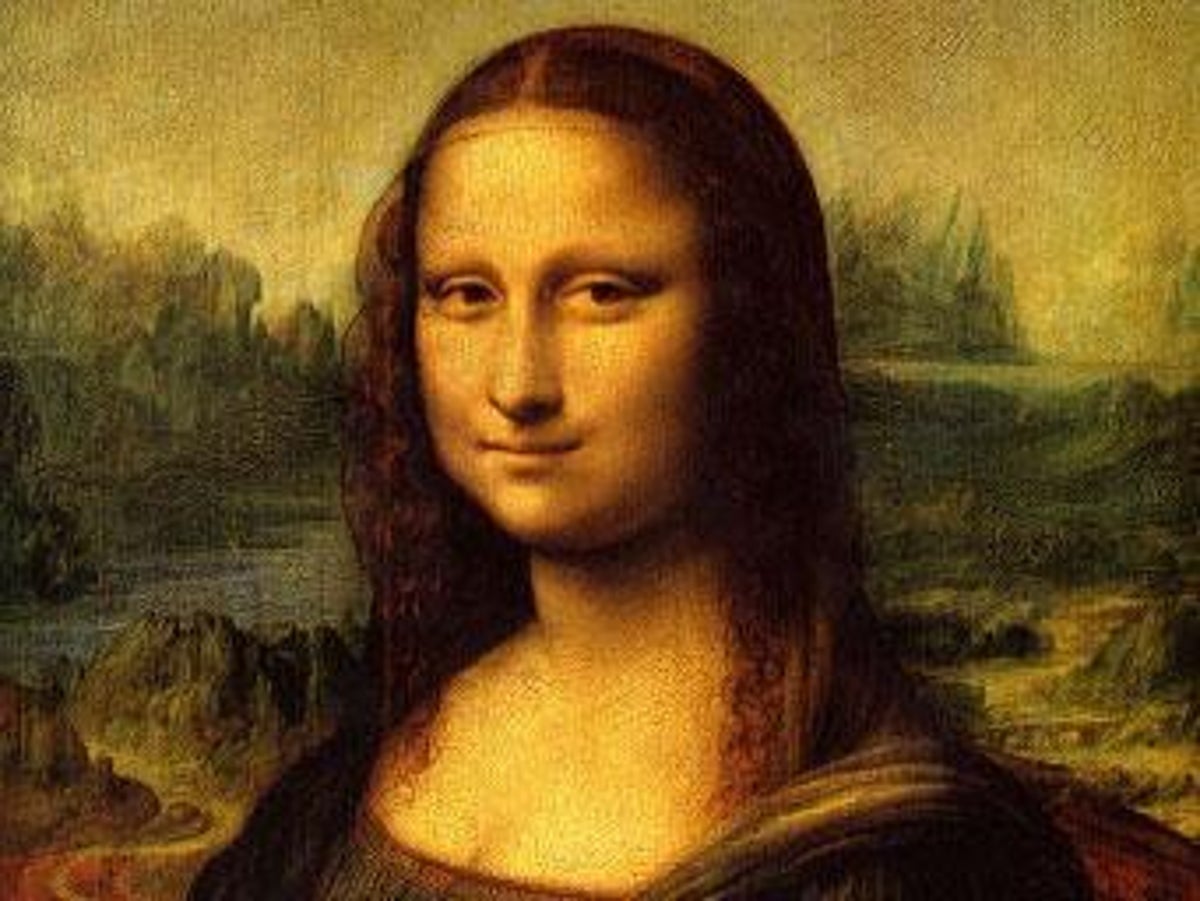 Apart from the uniqueness of the painting, which art connoisseurs can decipher, the Mona Lisa is recognized for its smile. The Mona Lisa’s smile has gained worldwide appeal. It was created using optical illusion through shadow work.

Interestingly, the Mona Lisa was painted so that the eyes fall directly into the viewer’s focus and the lips below the periphery of vision. So when you take a look at the Mona Lisa and look straight into its eyes, the mouth falls into the peripheral vision.

This way, the facial features of the mouth, as well as a small part of the cheekbones, are less pronounced. It makes the mouth look like a smile. You can try this exercise to see the Mona Lisa’s smile.

All you need to do is look the Mona Lisa in the eye. But be warned, the smile vanishes slowly if you fix your gaze on the lips. This is why Leonardo Da Vinci’s art is seen as an extraordinary masterpiece. In his skill lies a magic that makes it stand out from other paintings in his time.

How much is Mona Lisa Worth?

Mona Lisa is no doubt the most expensive painting in the world. Its value cannot be questioned as all and sundry recognize it as one of the most valuable paintings on earth. The Mona Lisa in 1962 was insured with over $100 million as its insurance value.

Sadly, the Mona Lisa is public property, so it cannot be sold. The Mona Lisa is pretty expensive and currently valued at almost a billion dollars, more than $867 million.

By now, you are already aware of why the Mona Lisa is as expensive as it is. Apart from the popularity and the fact that it was a creation of Leonardo da Vinci, the work of art is a masterpiece, and those who are art collectors can attest to its aesthetic value. This piece of art is currently worth over $867 million. However, it is public property and cannot become otherwise.

Mushrooms are edible fungus known for their different health benefits. Though they’re bizarre-looking and grow virtually anywhere, they have become high in demand and supply. Since the 1600s,…

Every drummer dreams of playing the best drums globally, but wishes are far from being horses. These drums with superior sound, design, and quality come at a price…

Most people cherish the Ruby stone. It is a beautiful gemstone used to create other beautiful expensive things ranging from bags, clothes, necklaces, and so on. Ruby is…

We all know that there’s nothing more important than your work. You spend a lot of time at the office, so why not be as comfortable as possible?…